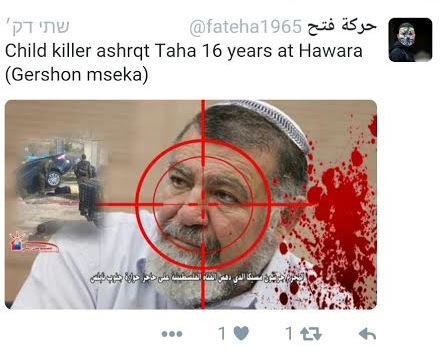 Following the attempted stabbing attack at Chativat Shomron Junction in the Shomron on Sunday morning, 10 Kislev, Gershon Mesika is a wanted man, targeted by Arabs on social media.

As was reported. Mesika was driving nearby and saw the female terrorist about to stab an innocent victim. He floored the gas of his vehicle and ran the 16-year-old female terrorist from Shechem over. The terrorist was killed. Mesika prevented yet another Islamic terror attack.

It did not take long for Mesika’s photo to appear in crosshairs on social media as he stands accused of “murdering an Arab girl” without mention of the situation and circumstances that led to the young terrorist’s death.