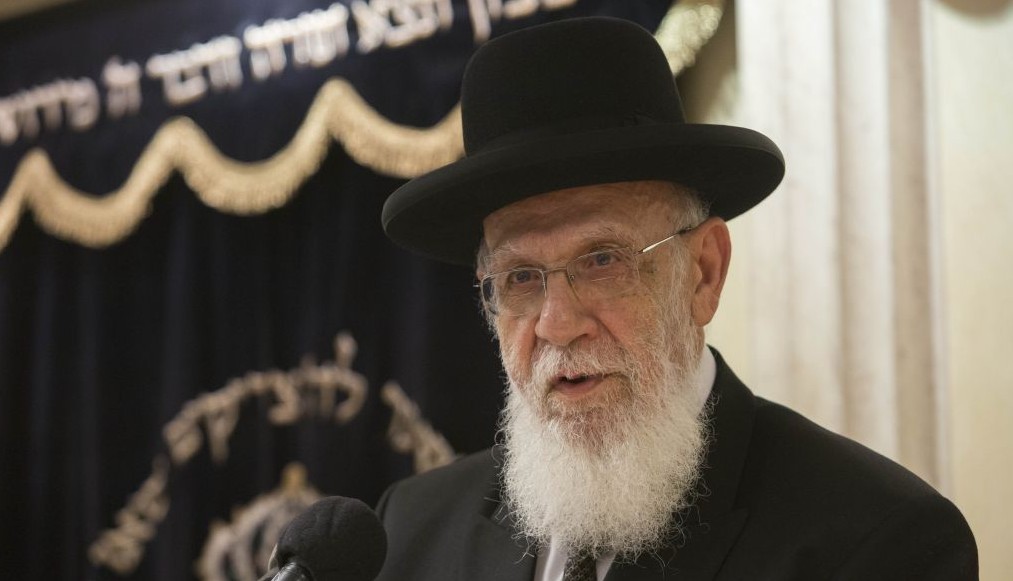 HaGaon HaRav Shalom Cohen Shlita spoke out against the amended draft law prior to the vote in Knesset, calling it a “bad law”. It is reported Rav Cohen instructed Shas leader Minister Aryeh Deri to vote against the law.

After hearing Rav Cohen’s words, Deri spent over an hour explaining the bill in detail to the rabbonim of the party’s Torah Council. He explained the bottom line is the law is a lesser evil.

Among those listening to Deri was Rosh Yeshivat Yakirei Yerushalayim Rabbi Yehuda Cohen Shlita, who explains the law is particularly bad for Sephardi bnei torah.

Deri explained Shas must back the law and even if passed, it remains unknown if the law will stand up to a challenge to the High Court of Justice.

The Yesh Atid party has already announced it will be challenging the amended draft law in the High Court in the hope of toppling it.

Pashkavilim in Yerushalayim announce the disapproval of the law by the Sephardi bnei torah, who feel that are being hung out to dry by their Ashkenazi brethren who view them as being responsible for filling the annual IDF quota of bnei yeshivos.