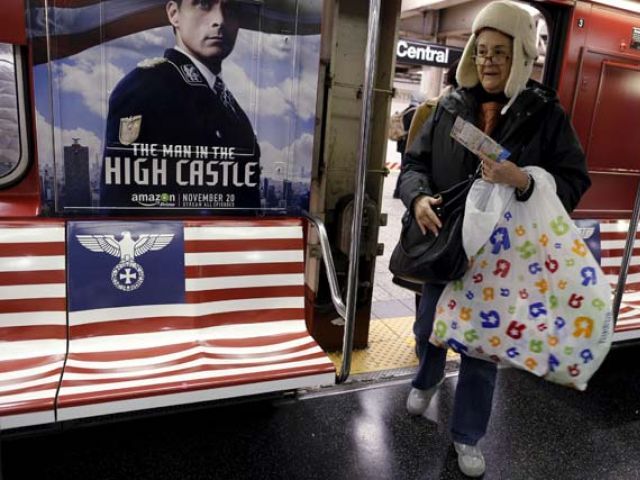 An ad campaign that featured Nazi imagery has been pulled from the New York City subway system.

Seats on the 42nd Street shuttle between Times Square and Grand Central Terminal were wrapped in Nazi regalia to promote an Amazon video series called “The Man in the High Castle.” The show depicts the aftermath of World War II as if the Axis powers triumphed.

The agency also initially defended the ads, saying they met its guidelines.

But many public officials condemned them. Mayor Bill de Blasio called them “irresponsible and offensive.”