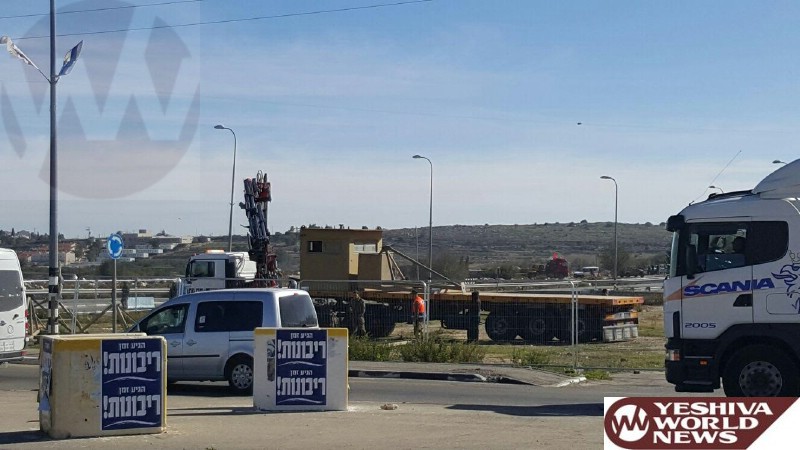 The IDF Gush Etzion Brigade Commander is working to prevent additional terror attacks in the area, which has been hit hard during the ongoing wave of Islamic terror. This is especially true at Gush Junction, a major hub for commuters connecting to area yishuvim as well as traveling to Jerusalem and the Hebron areas. As a result, an emphasis is being placed on the junction.

Some of the steps being taken that are shared with the public include:

· Placing soldiers from an elite unit at the junction

· Separating the entrance to the adjacent Rami Levi supermarket complex

· Checking residents of nearby Arab villages as they leave those villages

· A more aggressive proactive operation to apprehend and arrest rock-throwers

Some of the steps that will be taken to accomplish the above include:

· Separating Israeli vehicle heading from the north (Jerusalem, Efrat) towards Gush Jct to minimize the possibility of a vehicular ramming attack

· Setting up inspection areas between the junction and some of the area communities including Kibbutz Kfar Etzion.

The photo shows the new observation tower for soldiers that was placed at Gush Junction on Wednesday morning 13 Kislev.