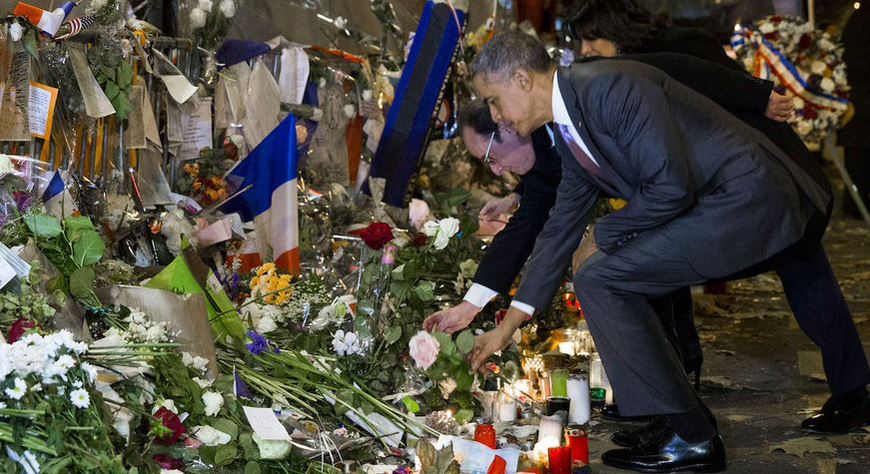 At another time, it would have been a glorious tour of Paris by night. But for the saddest of destinations.

President Barack Obama landed in Paris just before midnight Sunday and his motorcade took on unexpected route along the Seine. He rode past the Eiffel Tower, the French Assembly building, the Bastille. Then, he arrived at the Bataclan.

The American president strode purposefully toward the shuttered French concert hall where terrorists wrought so much horror two weeks ago.

Obama, French President Francois Hollande and Paris Mayor Anne Hidalgo walked side by side to a makeshift memorial. Each added a single white rose to the collection of remembrances.

On a cool and clear night, the three bowed their heads for a long moment of silence, paying tribute to the 130 people who died in the worst attack on French soil in more than a half-century.

And then Obama was gone, ready to turn his focus to the climate change conference that brought him to France.