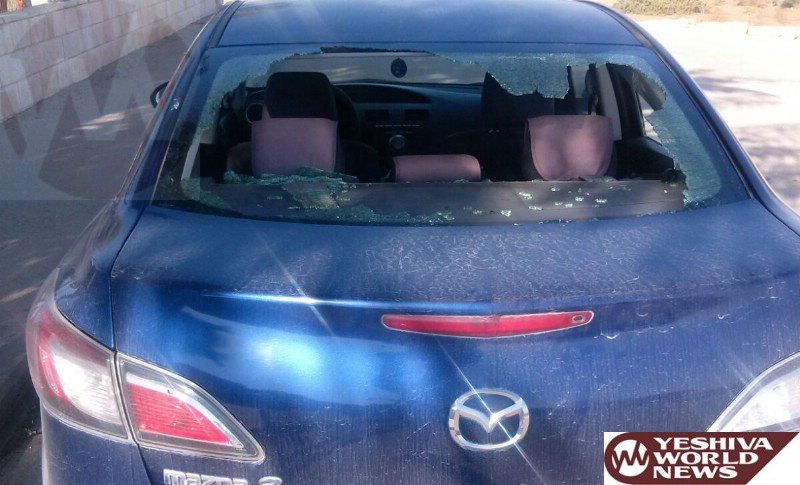 While stabbing attacks grain media prominence, the so-called intifada attacks against Jewish motorists throughout Yehuda and Shomron continue, most ignored by the media.

Recent attacks today, Sunday, 17 Kislev include rock-throwing at ‘T’ Junction near Efrat, a firebomb near Tekoa, massive rock-throwing near Maale Chever in the S. Hebron Hills, and rock-throwing on the Trans-Yehuda Highway at HaZayit Jct. B’chasdei Hashem there were no injuries in any of the attacks.

The photos are of a car that was targeted by terrorists hurling rocks near Tekoa, in the eastern Gush Etzion area.

The video shows another day of PA (Palestinian Authority) violence in the Tulkarem district, a glimpse of what IDF soldiers must confront on a regular basis.