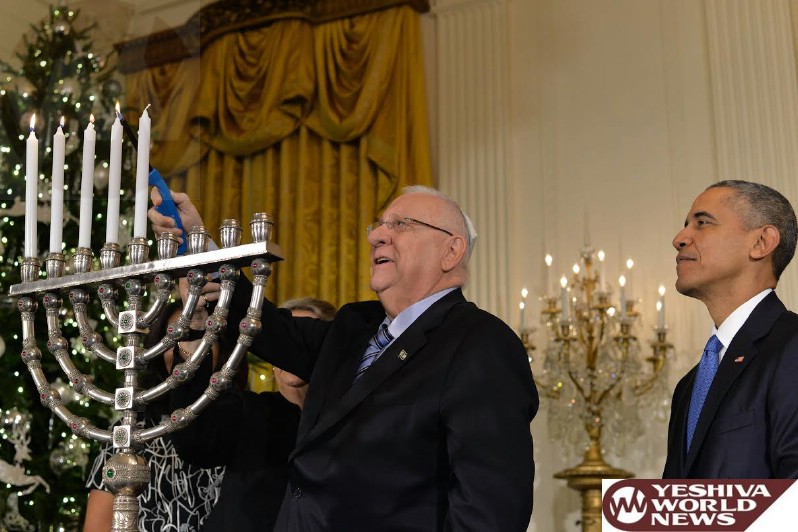 Not everyone lauded the White House Chanukah candle lighting in the White House attended by President Reuven Rivlin and representatives of Orthodox, Conservative and Reform Jewry. The president came under attack in chareidi media including Yated Neeman for daring to take part in such an event in an official capacity.

Yated Neeman attacked Mr. Rivlin using harsh words including “the Hellenist trend” of Israeli leaders, accusing them of preferring to fly to the United States to attend functions rather than remaining at home to address the ongoing wave of Islamic terror.

The column speaks of the senior Israeli official who chose to take part in the “Hellenist act” and thereby crossing a “red line” in his official capacity. It speaks how he stood alongside a “Reform rabbi” and by doing so, undermines the ongoing struggle to prevent the movement from gaining a foothold in Israel and doing so in a Chanukah ceremony which represents Am Yisrael’s victory against the Greek effort to compel Jews to abandon their Orthodox lifestyles.