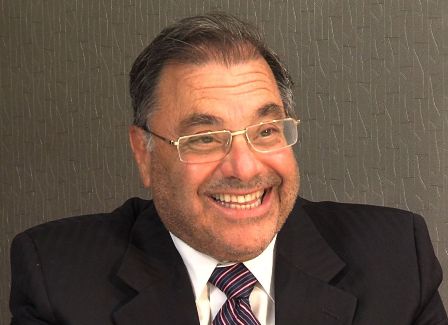 A new statement has been issued at the beginning of the month and signed by a number of purportedly Orthodox Rabbis. The statement is entitled, “To Do the Will of Our Father in Heaven: Toward a Partnership between Jews and Christians.” It was issued by an organization led by Rabbi Shlomo Riskin called, CJCUC.

Many of the authors and signers on the document are certainly brilliant scholars and thinkers. It is this author’s view, however, that the initiative, unfortunately, contains a number of serious misrepresentations and that the ideas behind the initiative are predicated upon fundamental halachic errors.

The first paragraph states that there is a historic opportunity to work together with Christian brothers and sisters to address the moral challenges of our era. While it is true that in general, Jews should work together with others to address and improve moral challenges, there is a grave distinction between working together with individuals and working together on broad denominational and organizational level. Like it or not, the churches in which Rabbi Riskin is encouraging us to work with together do not share.

What is most disturbing, however is that the document in this initiative seems to purposefully distort the Rabbinic views that it cites. An integral aspect of Judaism is honesty. The Talmud (Shabbos 55a) teaches us that “the signet ring of Hashem is Truth.” Maimonides view of Catholicism and other Trinitarian forms of Christianity is that it constituted Avodah Zarah – even for gentiles. Thus to writes that Maimonides acknowledged that “Christianity is neither an accident nor an error, but the willed divine outcome and gift to the nations” when, in reality, he viewed it as a minor step to wean off gentiles from full-fledged polytheism is disingenuous. The language that the Rambam uses is that ultimately they will learn that “sheker nachalu avosaihem.” The same holds true for Rabbi Yehudah HaLevi.

The document further reads, “In separating Judaism and Christianity, G-d willed a separation between partners with significant theological differences..”

This too is a mischaracterization of both history and Jewish theology. It is an attempt to “paper over” differences. The great theologians of Judaism all held that the idea of the Trinity was not born of Jewish origin- it’s origins were pagan. Thus, to characterize Christianity and Judaism as “partners” is also disingenuous.

The citation of Rabbi Jacob Emden is also truncated. According to Judaism there is no “common covenantal mission to perfect the world” – as the initiative would have. Such language and terminology recasts three thousand years of Jewish tradition in a manner that is quite foreign to Jewish tradition and values.

The truth is that almost all of the denominations of Christianity in which Rabbi Riskin has entered into dialogue with are halachically considered Avodah Zarah.

There are those, of course, who are members of mainstream denominations of Christianity that do not truly share the theology of their denomination. Their conceptualization of the nature of G-d is, what Rav Elchonon Wasserman describes as intuitive. In an unofficial survey, a good percentage of this country falls under this category.

Yet to enter into a partnership with the “mother group” is tantamount to partnering with Avodah Zarah.

But even partnering with these groups would be forbidden as well. The Ran’s view (Sanhedrin 61b) is that belief in any religion other than Judaism is also considered Avodah Zarah.

The well known and published views of both Rabbi Riskin’s Rebbe, Rabbi J.B. Soloveitchik and that of Rav Moshe Feinstein is that dialogue with Christian groups can and does lead to devastating results.

It is this author’s view that the RCA, the Moetzes Gedolei Torah of Agudath Israel, and NCYI should analyze the subject and issue statements condemning this initiative as an unprecedented and serious breach in hashkafa, mesorah and a grave violation of Torah.