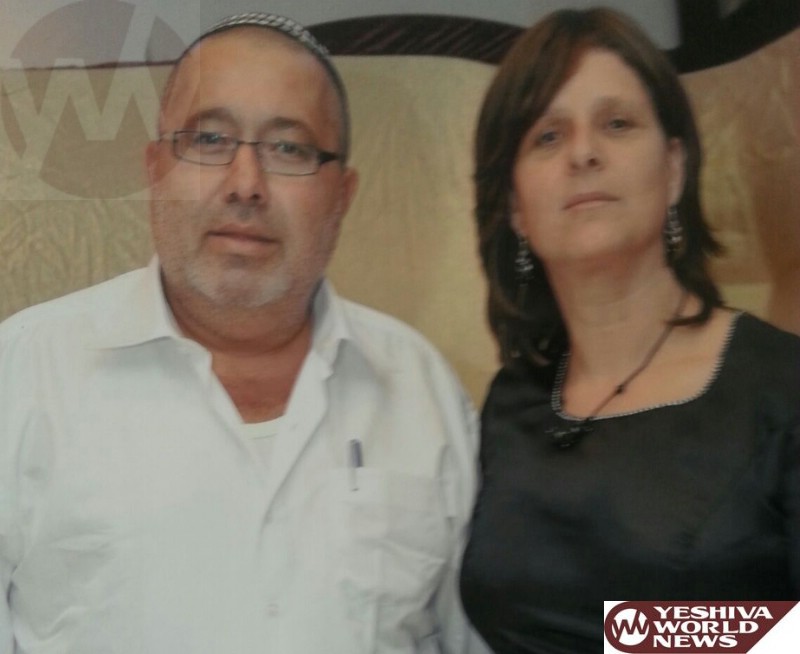 The wife of terror victim Avraham Hosno spoke out and she questions why those responsible for the murder of her husband are still walking around free while the ISA (Israel Security Agency – Shin Bet) is allegedly torturing Jewish suspects in the Duma arson case.

Hosno was killed in October 2015, run over by an Arab-driven truck near his home community of Kiryat Arba. Mrs. Hosno is asking the tzibur to assist her in spreading her message, that the lives of the Jews must take precedence over the lives of the Arabs. She asks listeners to use social media to help spread the word.

Her words come amid growing public criticism and allegations against the Jewish unit of the ISA, which allegedly continues to torture Jewish suspects to extract confessions regarding the Duma arson.

Duma is a PA (Palestinian Authority) village near Shechem. An arson attack last summer left a mother, father and infant son dead and another child badly-burned. While many believe Arabs are responsible, the ISA seems to be convinced Jews are responsible, leading to the arrests and interrogation of the suspects in custody.