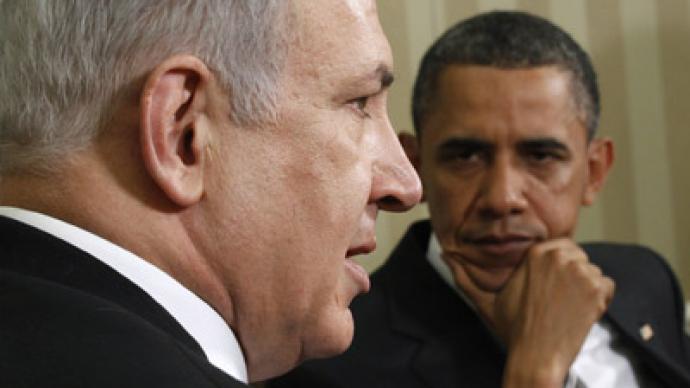 According to a Wall Street Journal report, the United States spied on Israeli officials during Iranian nuclear talks, including Prime Minister Binyamin Netanyahu. According to the report appearing on Tuesday, the National Security Agency was instructed to monitor the Israelis during the sensitive talks, highlighting the extent of mistrust that exists between Washington and Jerusalem.

The WSJ points out that following the Edward Snowden leads, the United States vowed to halt eavesdropping on allies but it appears this is not the case. The eavesdropping during the Iranian talks included phone conversation between the most senior Israeli leaders and US lawmakers and heads of major Jewish organizations.

Making things significantly worse, the report alleges the Obama administration intercepted information that would have been valuable to PM Netanyahu’s position against the deal with Iran since this position was contrary to that of the White House. In fact, the NSA spying permitted the White House to get ahead in its effort to thwart Netanyahu’s effort to persuade US elected officials to oppose the Obama Iranian deal in the House of Representatives and in fact, we now see President Obama was successful. The US spying against Israel reached its peak as Mr. Netanyahu and others began lobbying elected officials in the United States in the hope of persuading to oppose the Obama deal.

The WSJ also reports that the White House feared Prime Minister Binyamin Netanyahu was going to launch an attack against Iran without prior warning to the US, leading to stepped-up eavesdropping against the prime minister and his top officials. This move according to the WSJ enjoyed bipartisan support among US elected officials. The report adds Netanyahu and his staff leaked information on talks between the Iranians and the United States, information gained by Israeli spying, in the hope of toppling the president’s proposed deal with Tehran.

The WSJ documents that while Israel and the US enjoy high-level security and intelligence cooperation, there is great measure of distrust which is evident by the actions during the Iranian talks. Both sides are accused to spying on the other and while America has given Israel many advantages it continues to spy on Jerusalem as well as it is reported that the IDF elite 8200 intelligence unit provided the US with a hacking tool which was of great assistance, but this tool continued to forward information back to Israel regarding its use.

The report shows that Israel and the United States do indeed maintain a high level of cooperation which is undoubtedly accompanied by a higher level of distrust during the current administrations.