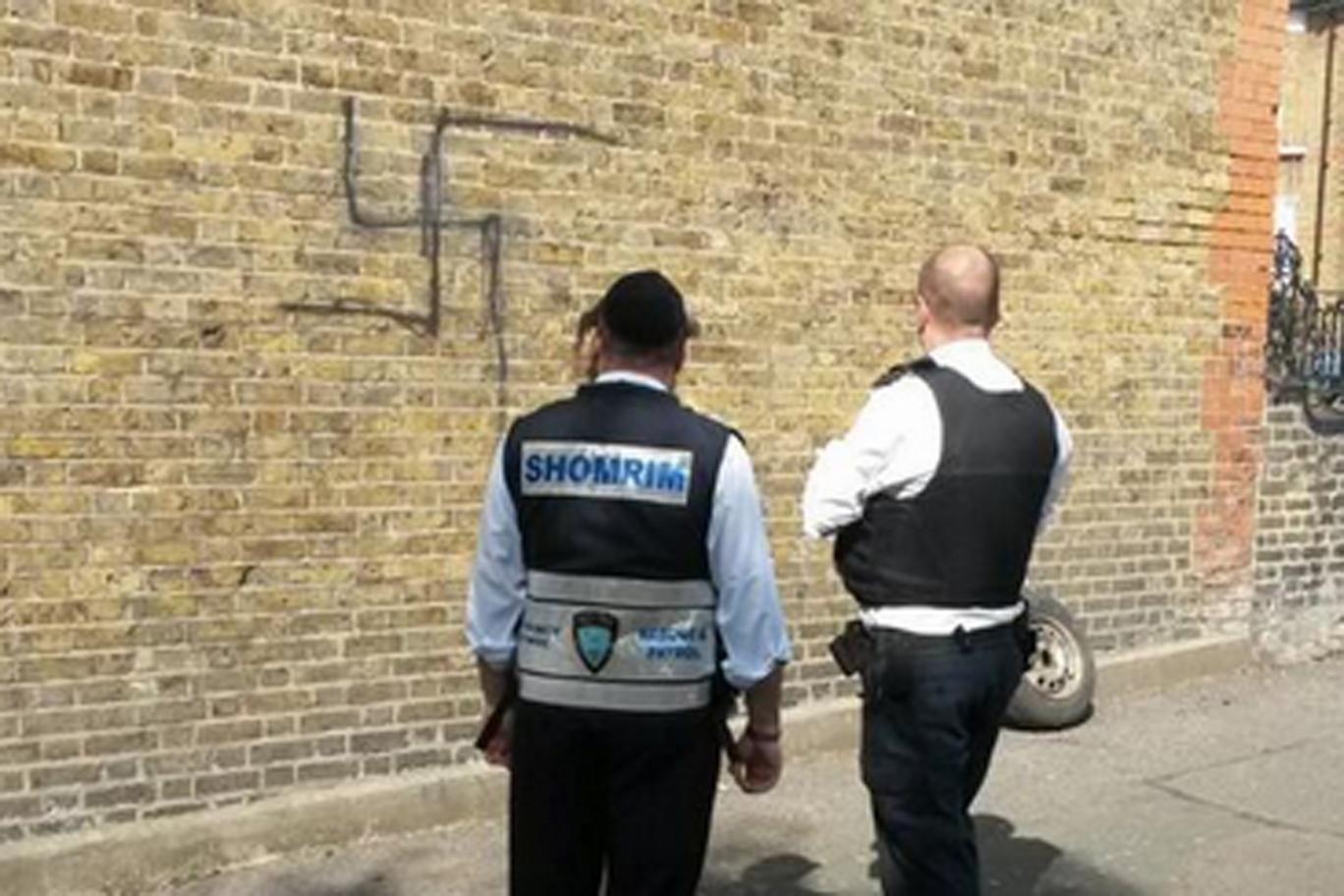 Swastikas and anti-Semitic slogans have been daubed on schools and in public spaces, anti-Jewish leaflets have been handed out and neo-Nazis have shouted racist abuse at passers-by in the street.

The figures, released on Wednesday, seem to paint a worrying picture of community relations in Hackney, whose Stamford Hill district is home to 30,000 Hasidic Jews.

In all, the number of anti-Semitic incidents in the north London borough for the year to November 2015 was 122 – one anti-Jewish crime every three days.

Borough commander Det Ch Supt Simon Laurence praised the Shomrim – the area’s Jewish neighbourhood watch group, who patrol the streets and detain suspects while waiting for the cops to arrive – for their work in helping put anti-Semitic criminals through the justice system.

“With anti-Semitic crime we work in partnership with the Shomrim and the Jewish community to prevent, deter and detect crime,” he said.

“We currently [secure arrests for] over 27 per cent of all anti-Semitic crime and the Shomrim have played a huge part in that by alerting us of crimes and providing evidence to bring offenders to justice.”

“While this might be explained by some as being a result of better reporting,” he said, “it still demonstrates the depth and persistence of this grave problem, which needs to be urgently and properly dealt with.”

Community leaders believe the true figures are even higher, insisting crimes such as a tyre-slashing spree by Huseiyn Seyfi in November 2014 should have been classed as anti-Semitic.

Seyfi was cleared of committing racially or religiously aggravated criminal damage by a jury, but Shomrim coordinator Barry Bard said many in Stamford Hill still “believe the attacks were targeted and anti-Semitic”.

A Shomrim spokesman told the Standard the group had helped secure more than 20 arrests for anti-Semitic crime in 2015.

“One interesting example was when Shomrim were helping a Muslim victim of a burglary,” he said, “and a random passer-by started hurling racist abuse at the Shomrim.

“Shomrim also facilitated arrests at some of the big incidents this year.”