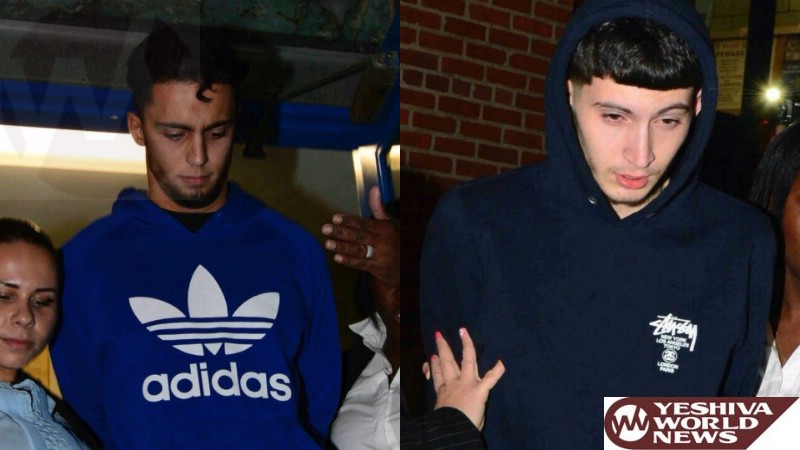 In an early morning email sent to Flatbush Jewish Community Coalition leaders, Brooklyn District Attorney Ken Thompson confirmed the arrests of the two perpetrators and assured the Flatbush Jewish Community that “These horrific incidents of violence are of high importance to me and my office, and we will aggressively prosecute the criminals who committed them… We will now fully prosecute those defendants under the law.”‎ The DA continued, “We will also track down all of the perpetrators and secure justice for the victims in our steadfast commitment to keep the community safe”

Chief Steven Powers, Commander of NYPD Brooklyn South,‎ reached out to FJCC leaders following the arrests to inform the community that the right arrests were made and that the community should know that the NYPD did not rest until these alleged perpetrators were taken off the street.

Chief of Brooklyn Detectives, Patrick Conry commended the public/ private partnership the community and the NYPD share, “When the police and the community work together we are unbeatable!”
‎
The vicious assault caught on surveillance cameras from nearby homes proved invaluable, once again, reminding residents and business owners just how important it is to make sure video systems are in working order and turned on to record at all times.

The swift arrests of the two perpetrators, within 48 hours of the crime,‎ was accomplished by the diligent work of the 66th Precinct detective squad under the direct leadership of Captain Quick.

“On behalf of our grateful community, the FJCC would like to publicly commend, Chief Steven Powers, Chief Patrick Conry, Chief Eric Rodriguez, Captain Kenneth Quick and Lieutenant Yitzy (Ira) Jablonsky and the dedicated men and women of the NYPD for their leadership, skill and professionalism in keeping our community safe” stated Josh Mehlman, Chairman, FJCC.