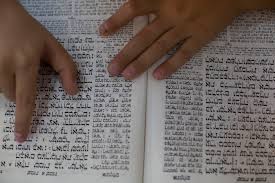 “It’s shocking, that in this day and age, that a Jewish school is being ordered to shut down because of it’s firm commitment to offer instruction in a religious framework” said Riss in his assessment of the closure. “Here in [the capital] Birobidzhan, as with the rest of the former Soviet territories, Jewish schools were also forced to close by government directive and we’ve seen how religious observance and the Yiddish language has suffered as consequence”. While Riss was “disappointed” in the closure he was cautious not to offer condemnation of the British Government.

The Jewish community of the Jewish Autonomous Oblast, which is mainly concentrated in the capital city of Birobidzhan, hopes that the announcement will bring an influx of Yiddish speakers to breath new life into the community and take advantage of new infrastructure which was pledged by Governor Alexander Levinthal in a meeting last month with Chief Rabbi of Russia Berel Lazar.

Although a previous immigration program had been implemented in by The Ministry of Regional Development in 2013. Few Jews were able to apply due to the discrepancy between the language of the executive order and statements made to the press by then director of Interethnic Relations Alexander Zhurovsky. Applicants were further derailed by Federal Migrations Services unwillingness to answer inquiries in Yiddish and the sudden liquidation of the Ministry of Regional Development in September 2014.

The invitation comes on the heels of President Putin’s invitation for Western European Jews to immigrate to Russia due to a credible fear of attacks on European Jewish targets . In comments made to members of the European Jewish Congress, Putin cited a “very real prospect of an exodus of Jews”.