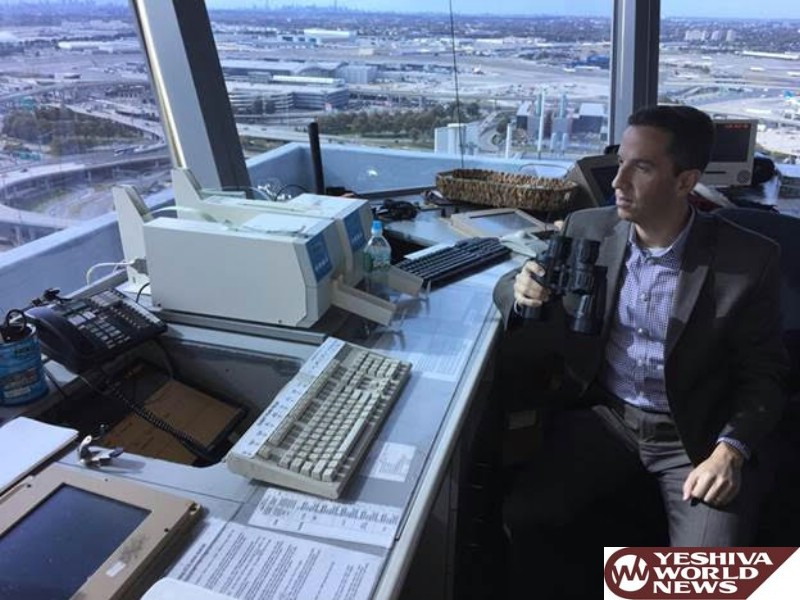 “Our families deserve relief from the earth-shattering airplane noise that plagues our communities night and day. Not only is airplane noise a nuisance, it also has the potential to harm our health and well-being,” said Assemblyman Phil Goldfeder. “Given the bigger planes and better technology of recent years, it’s time we put in place the noise standards to match.”

In a letter to FAA Administrator Michael Huerta, Assemblyman Goldfeder called on the federal agency to lower current average airplane noise thresholds from 65 Day-Night Average Sound Level (DNL) to 55 DNL. This, Goldfeder explained, would provide much-needed relief for families in southern Queens and Rockaway living under the flight path of nearby JFK International Airport. Goldfeder added that, without proper action, noise will only grow louder as commercial airlines rely on larger planes with stronger, louder engines.

According to the FAA, DNL measures the 24-hour equivalent sound level measured by FAA noise monitors that is experienced by a household living in the vicinity of an airport. This figure is an algorithmic calculation of noises generated by plane engines throughout the day and reflects the total noise exposure levels for an average day of the year. The current 65 DNL figure is considered to be the point at which airplane noise causes “significant impact” to surrounding residents.

“Air traffic noise impacts from JFK Airport have increased to a point that they are having a serious impact on the quality of life for the thousands of residents in the surrounding neighborhoods. To date, the FAA has felt no need to engage these residents to seek solutions and Assemblyman Goldfeder is correct to ask that it be addressed now, at a time when this reauthorization is pending. If enacted, it would bring air traffic noise relief to thousands,” said Dan Mundy, Jr., President of the Broad Channel Civic Association.

Assemblyman Goldfeder is something of a frequent flyer when it comes to fighting airplane noise. Last year, the Assemblyman and local community leaders secured noise monitors for communities in Broad Channel and Bayswater to improve noise measurement near JFK Airport. Goldfeder followed this up with a visit to the JFK control tower to meet with FAA officials and discuss changes to noise patters with the reopening of an upgraded 4L-22R north-south runway at the international airport.

Goldfeder has pledged to continue working with the FAA and the Port Authority, which owns the borough’s two airports, as the latter continues its four-year Part 150 airport noise compatibility study of surrounding communities in Queens and Nassau Counties.

“JFK may not be going anywhere, but this doesn’t mean the state and federal governments can’t take steps to improve the quality of life for our families,” concluded Goldfeder.