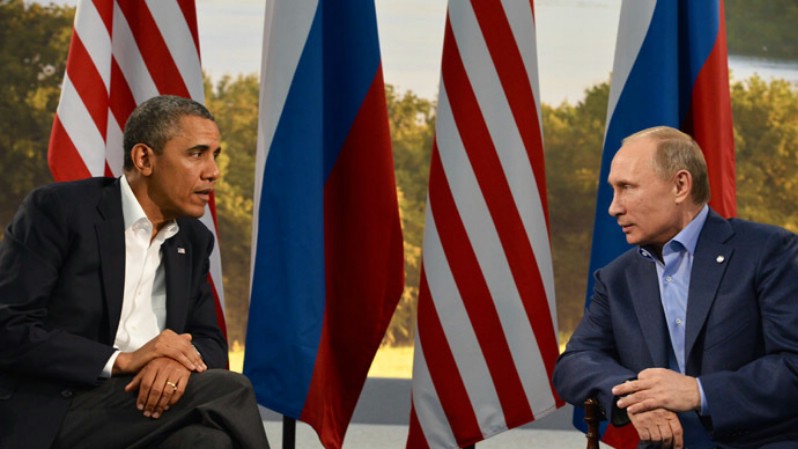 Barely two months after the United States and Russia joined together to forge a partial cease-fire in Syria, cooperation between them, including on a long-term political solution to that country’s civil war, is rapidly eroding.

Russia this week accused the administration of “appeasing” its regional partners by ignoring the presence of terrorists among opposition forces it backs in the fight against Syrian President Bashar Assad. Noting President Obama’s decision to send an additional 250 Special Operations forces to the separate war against the Islamic State in Syria, despite pledges of no U.S. “boots on the ground,” a foreign ministry spokesman asked sarcastically whether they were deploying barefoot.

Inside the administration, there is growing dissension over whether to call Russia out for acting in bad faith.

Some Defense Department and intelligence officials believe Russia and its Syrian government client are clearly violating the cease-fire and provoking the opposition into doing the same. Despite White House insistence that the fight against the Islamic State cannot be won without resolving the civil war, they argue, administration support for the opposition is a low priority.

Other senior administration officials, speaking on condition of anonymity about the sensitive issue, said the situation on the ground is murky and there is no clear path. In any case, they argue, publicly shaming Moscow at this point would achieve little.

Meanwhile, the truce itself is on the verge of collapse.

Violence has escalated throughout April, leading the opposition last week to suspend participation in United Nations-run political talks in Geneva. At least 90 people, including more than two dozen women and children, have been killed over the last four days in shelling and airstrikes by the Russian-backed Syrian government on rebel-held zones in the strategic city of Aleppo, according to the Syrian Observatory for Human Rights.

“The cessation of hostilities is still in effect,” U.N. envoy Staffan de Mistura insisted Friday. “But it is in great trouble if we do not act quickly.” De Mistura, who is scheduled to brief the U.N. Security Council late Wednesday, has called for an urgent meeting of the International Syria Support Group that Washington and Moscow co-chair.

The situation was foreseeable and was widely predicted when the two powers met in early February with a group of 20 nations and international organizations with vested interests in ending the civil war. What emerged was the outline of a process for transition to a new Syrian government, to be bolstered by an immediate stop in the fighting against all but universally agreed terrorist groups, and humanitarian access to besieged areas where civilians were without food and medical care.

Russian and its Iranian ally in support of Assad signed up. The United States and its regional allies pressured opposition groups to do the same, and to begin negotiations with Assad’s representatives.

Left out were the Islamic State, whose forces have gobbled up territory outside the western swath of Syria where the civil war has centered, and Jabhat al-Nusra, the al-Qaeda affiliate, whose forces are scattered through the heart of the war in the northwest. There, Nusra fighters have often overlapped and fought together against Assad with opposition forces.

Although Russia lost a battle to declare as terrorists certain Islamist opposition groups supported by Turkey and America’s Arab allies in the Persian Gulf, it has continued to press the issue. This week, it asked the United Nations to “update” its official terrorist list by adding at least two of them – Jaish al-Islam and Ahrar al-Sham.

But the Nusra cease-fire exception had already left a hole big enough for the Syrian government and Russia to barrel through, and they have not hesitated to do so in pursuit of regaining the initiative on the ground for Assad.

The dynamic has differed from place to place but overall has left a complex battlefield with endless combinations of tangled forces, tactical alliances, and significant room for disagreement among Russia, the United States and others that say they are trying to follow the cease-fire rules. A U.S.-Russia task force set up to adjudicate claims of violations has been virtually silent as fighting has escalated after initial weeks of relative quiet.

Last week, two northwest villages were heavily bombed by Assad after rebel forces threw out Nusra occupiers and civilians took to the street in anti-Assad demonstrations.

One recent visitor to the Damascus outskirts described an area held by an Islamist group nominally part of the cease-fire – but deemed terrorist by Russia – under bombardment by the government. In another area, a Nusra checkpoint stood just 50 yards down the road from one manned by Islamic State fighters, leading Nusra and government forces to make a local deal to join forces against them.

In many locations, particularly around Aleppo, Nusra and opposition fighters “are not geographically distinct or delineated on the battlefield. It’s not possible to physically disaggregate them,” said Chris Kozak, who monitors their movements at the Washington-based Institute for the Study of War. Sometimes they fight together; other times they fight against each other.

Russia and Assad “paint with a very broad brush,” Kozak said. “If a group is working tactically with Jabhat al-Nusra, or is co-located with them, then that group is Jabhat al-Nusra.” For its part, he said, “Nusra wants the cease-fire to collapse. . . . They pitch the case to other groups that the regime is still shelling and striking them and violating the cease-fire all over” and then offer to help them retaliate.

Over the past few weeks, Russian and Syrian government forces have moved their heavy artillery and the troops that operate it from Palmyra, the ancient city in south-central Syria they recently retook from the Islamic State, to the outskirts of Aleppo to stop what both have said is a pending attack on the city by up to 8,000 Nusra troops massed on its southern outskirts.

But U.S. intelligence assessments, while acknowledging degrees of overlap, are that nothing has changed in Nusra’s positioning outside Aleppo, Syria’s largest city. Assad and his backers are simply using the claim as an excuse to encircle the city and cut off rebel supplies from across the Turkish border.

In what the White House called an “intense” telephone conversation last week with Russian President Vladimir Putin, Obama made “the case to President Putin that he should use his influence with the Assad regime to live up to the commitments that they’ve made in the context of the cessation of hostilities,” spokesman Josh Earnest said.

Four days later, however, in a news conference in London, the president appeared to acknowledge he had little immediate leverage.

Progress on the political track was the only way to solve the Syria problem, he said. “We are going to have to play this option out. If, in fact, the cessation falls apart, we’ll try to put it back together again even as we continue to go after ISIL,” another term for the Islamic State. “And it’s my belief that ultimately Russia will recognize that.”

In an interview Friday with The New York Times, Secretary of State John Kerry acknowledged that separating the forces on the ground “has proven harder . . . than we thought.”

But Kerry responded testily to suggestions that the administration was giving the Russians a free pass. “We are not going to sit there and let [Putin] do his thing supporting the regime and hammer at the opposition and say ‘This is working,’ ” he said. “Obviously, we’re not stupid about it.”