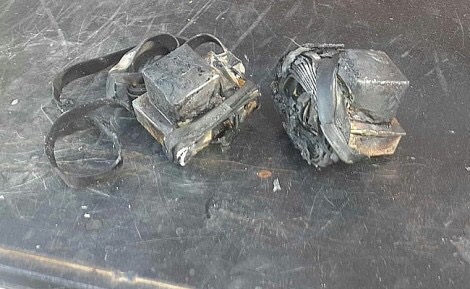 Following the release of the story of the attack in which tefilin were stolen and set afire in northern Israel, Chief Rabbi Dovid Lau Shlita commented that he believed until today that such events were occurrences of the past, not the present.

Kikar Shabbos News released the story in which bnei torah camping near the Kinneret had their bags stolen. After a search of the area they found their tefilin in a public bathroom. Some had been set on fire while others found in a sink filled with water. As reported, this occurred on Thursday, 27 Nissan, Holocaust Remembrance Day in Israel.

Rav Lau added he remains hopeful that when the perpetrator(s) is apprehended he will not turn out to be Jewish. The rav added he is overwhelmed with pain and sadness over hearing of the incident.