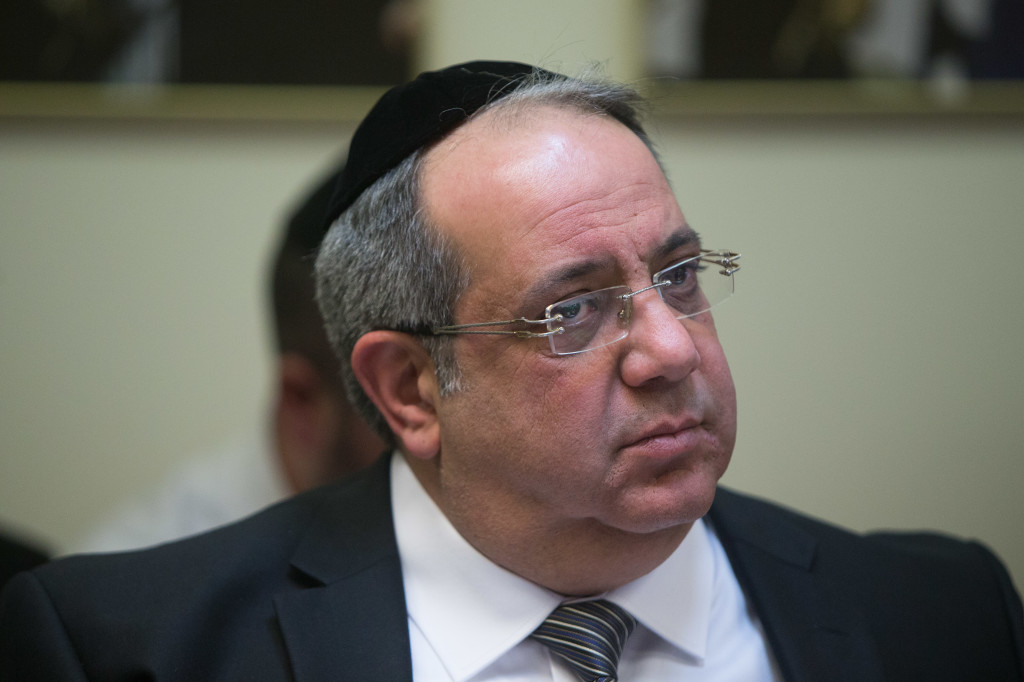 MK (Shas) Yigal Guetta on Monday evening expressed criticism against Minister of Culture & Sport Miri Regev for her backing of the controversial play “Fleischer” playing at Habima Theater. Guetta feels that Regev’s backing of the play is a slap in the face to the chareidi tzibur, which is clearly targeted in a distasteful fashion in the play.

Guetta ignores comments by Regev, who explained her ministry cannot interfere under law for as long as Habima has not broken the law, which it has not. He prefers to explain that at present, a cabinet minister should be pushing “ahavas chinam and not back incitement against the entire chareidi population”.

Guetta explains that what really pains him is that Regev lends legitimacy to the harsh insults in the Habima performance, funded by her ministry. He reminded her that not a long time ago Deputy IDF Chief of Staff Golan came under a hail of fire for making a controversial comment pertaining to the Holocaust and today, in the case of the entire tzibur in Israel, no one is bothered. Guetta continues, reminding Regev that about a year ago a non-religious actor attacked Likud voters, who he labeled “A herd of animals”. He questioned if the nation is going to continue funding such performances, calling on Regev to address the harsh content of Fleischer as she should.