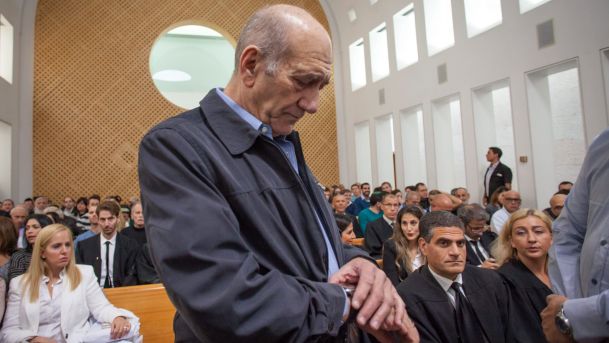 Former Prime Minister Ehud Olmert has submitted an application to curtail his jail term, Channel 10 News reported on Wednesday, 20 Menachem Av. Olmert is serving a jail term following his conviction. in the Holyland real estate case. The parole board will hear Olmert’s request on December 25, 2016.

It appears at present the parole board will not object to early release however it is not known what position the prosecutor will take.

In addition, Olmert is still waiting for a ruling from the High Court of Justice regarding his eight-month sentence in the Talansky cash envelopes case. That means even if the parole board agrees to the early release, this is not likely to occur prior to a ruling in the Talansky case.

Olmert was sentenced to 18 months in the Holyland case after being found guilty of bribery and other white collar offenses.