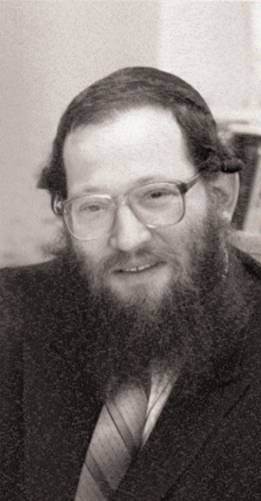 Some gedolei Torah come through this world for a short time, make a tremendous impact and then, for reasons we may never understand, must leave us early. However these great teachers’ influence outlives them, in the afterglow of those whose lives were changed by their shiurim and guidance. One such light in this world was Rabbi Kirzner zt”l.

In 1978, when a small kollel of Lakewood learners was beginning in Los Angeles, the young Rabbi Kirzner and his family could not have imagined what the future had in store. The impact of his dynamic nature, as well as his ability to give over incredibly deep Torah concepts in clear and powerful ways, had an effect right away on the community. His shiurim became popular with people from all backgrounds and walks of life — new baalei teshuva, intellectuals, baal habatim, chassidishe rebbetzins and talmidei chachamim came were drawn together by Rabbi Kirzner’s magnetic personality and wisdom.

The Kirzner home, despite being quite full with eleven children bli ayin hara, was always an open door, overflowing with chesed and warmth for their many guests.

The subjects of Rabbi Kirzner’s shiurim were diverse — in addition to chumash, tefillah, tehillim, and Navi, he also spoke about how to develop one’s middos and shalom Bayis. People were especially moved by his shiurim on the subject of suffering. In fact, the beloved book Making Sense of Suffering, compiled by Jeremy Kagan and Yonason Rosenblum, is based on this series of shiurim. Most of his talmidim would have never imagined the hidden kavanah behind these speeches.

Very few knew that Rabbi Kirzner was ill. In fact after it became public knowledge people couldn’t believe it, because he had gone ahead with his work as before. “Right away he knew how sick he was. The doctors told him at what stage his sickness was; he knew all along that he needed a miracle in order to survive, but he still went ahead, taught, had a sense of humor. He missed classes only when he had a treatment, and many times he would go straight from a treatment to give a class.”

Incredibly, Rabbi Kirzner recorded all of his shiurim. One talmid took on the challenge of converting them to mp3, where they now exist as part of a diverse and incredible online collection. Now Rabbi Kirzner’s shiurim can live on not only in the memories of those whose lives he touched, but can continue to enrich klal yisroel today.

RabbiKirzner.org was started not only to stand as a resource, but as a way of contributing financially to his family — 100% of proceeds go directly to the wife and 11 children that he left behind. Rebbetzin Kirzner is the head of her community’s Beis Yaakov and has continued to raise her children to Torah, chuppah, and maasim tovim after the passing of her husband. Free samples are available, as well as the original recordings of the suffering series mentioned above. Now is also a great time to explore the site’s many shiurim on Elul and the high holidays. For the meager contribution of $3/shiur, visitors to the site can not only learn from and enjoy Rabbi Kirzner zt”l’s timeless lessons, but they can also know that they are making a contribution to his family.