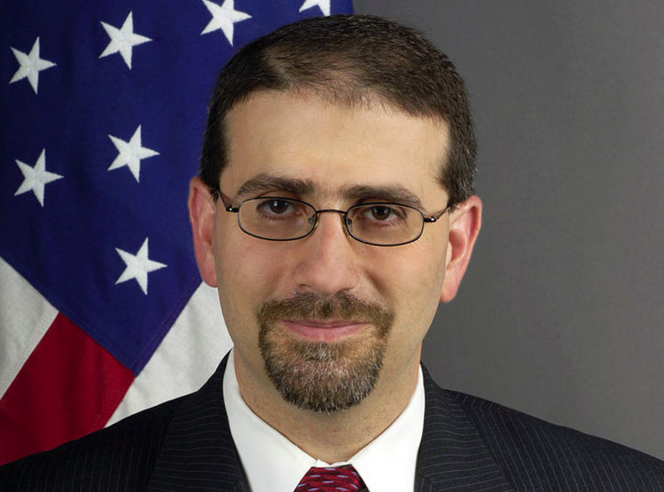 US Ambassador to Israel Dan Shapiro was interviewed by Kol Berama Radio while he (the ambassador) was in NYC. The interview following a meeting in NY between Prime Minister Binyamin Netanyahu and US President Barak Obama, both attending the UN General Assembly. Following is a synopsis of the Hebrew interview.

Was this the last meeting between the two before Obama steps down from office?

I do not know if it was the last meeting but if it was it shows the continued commitment and cooperation between our countries. They reviewed the newly-signed ten-year aid package as well as reviewing the complicated security situation in the region including Syria and ISIS. They also spoke about the two-state solution for time Mr. Obama still has in office and how to assist.

Despite the differences with this administration, is the connection still strong?

The connection is as strong as ever and despite differences, this does not contradict the fact the two countries are close allies and the US remains committed to Israel’s security while Israel is opposed to the Iranian agreement for example. The US will also come to Israel’s defense and make certain it can defend itself in the UN or other international forum when nations try to levy sanctions or boycotts. Even during the period of disagreement there was much progress and moving forward despite differences of opinion. We will not support any proposal in the UN or elsewhere that tries to delegitimize Israel or similar proposals.

Obama continues asking himself how he can continue contributing for the time he has left in office whether the two-state solution or other matters, working with the Quartet and so-forth. The motivation remains the same, to assist our ally Israel and the PA (Palestinian Authority) reach agreement. I do not know if a decision will be made here.

There are many, including some in the opposition, who feel Israel does not have a partner in Abu Mazen. How does the US feel about this?

We are not saying this is the time to return immediately to talks for there is still distrust, ongoing incitement and no dialogue. We are encouraging each side to take steps to implement the two state solution and contribute to this process. We are trying to stop the negative influences like ongoing incitement and building in settlements.

You have a unique connection to the Israeli public, including the chareidim. Is this part of your job or your personnel decision?

Actually both for I want to keep a connection and explain how different people can contribute and they must learn…A lot of the diplomacy is between diplomats and ministers but if you want to be truly diplomatic, you need to reach out to the people.

Will you be in Israel for Rosh Hashanah?

Yes, we will be in Herzliya where we live and permit me to wish all of Am Yisral Shana Tova.