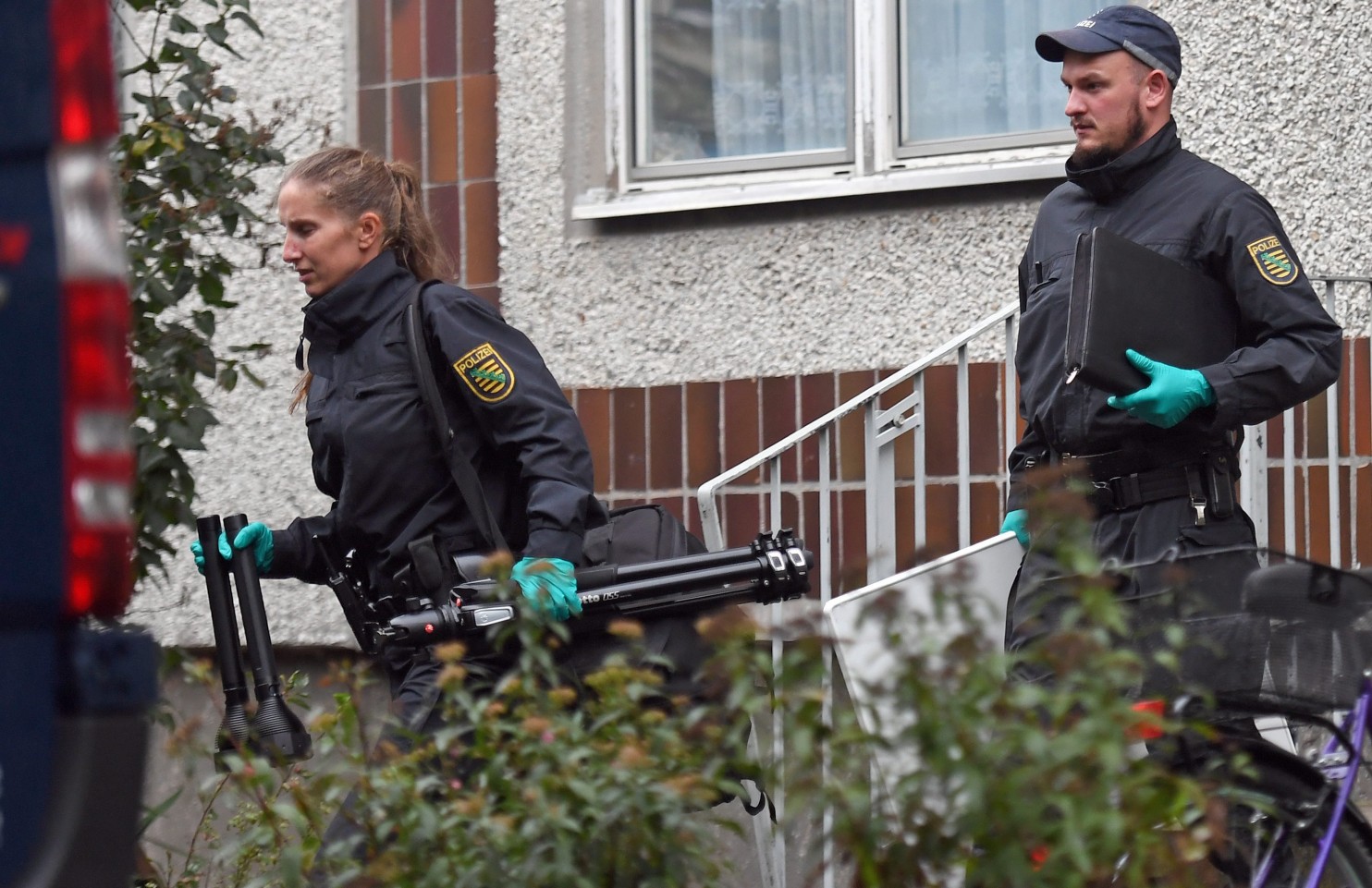 After a massive manhunt over the weekend, police in the East German city of Leipzig early Monday arrested a Syrian man suspected of planning a bomb attack.

German media reported that the 22-year-old had close ties to the so-called Islamic State extremist group. The suspect had fled police on Saturday after they raided a house in nearby Chemnitz, sparking the search.

Officers reportedly fired shots at the time but didn’t capture the man identified as Jaber Albakr. In the raid, officers found several hundred grams of explosives believed to belong to the suspect.

The bomb squad later dug a hole outside the apartment building and carried out a controlled explosion of the material.

Albakr reportedly came to the country last year as one of the 890,000 migrants who streamed to the country in 2015 and had been granted asylum by the German authorities.

Authorities had urged the public to be “careful” and increased security measures at train stations and airports, while Albakr had been on the run.The incident comes after a string of arrests across the country of refugees suspected of plotting terrorist acts and added new fuel to an ongoing debate about the whether the hundred of thousands of migrants, who flocked to the country last year, increased the risk of attacks on German soil.

Politicians on Monday called for a better vetting of new arrivals. Stephan Mayer, a member of the conservative Christian Social Union, told local daily Rheinische Post that domestic and foreign intelligence service should be involved more in the questioning of migrants as part of the asylum procedure.

Police reportedly found the suspect in the house of a fellow Syrian, who Albakr had met at the Leipzig central train station and asked whether he could spent the night at his place. When the man found out that his guest was wanted, he called the police, who arrested Albakr. He’s now awaiting arraignment.