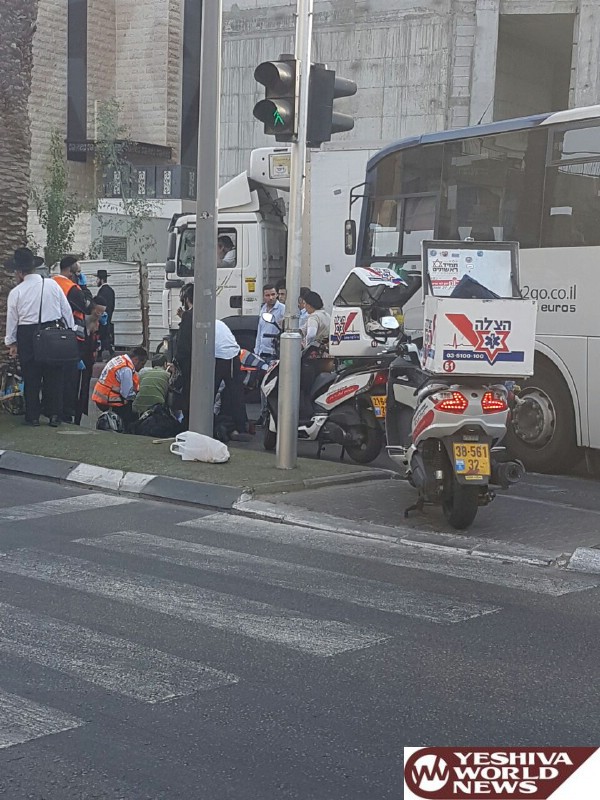 A 17-year-old female was struck by a vehicle and sustained a serious head injury on Thursday morning 25 Tishrei on Ezra Street.

The Hatzalah spokesman unit released a message to the media that the victim has sustained a serious head injury.

United Hatzalah EMT Moti Hecht was among those on the scene, explaining the victim was heading to seminar (high school) when she was hit by a bus. She was transported to Tel Hashomer Hospital in serious condition. Police are probing the incident.