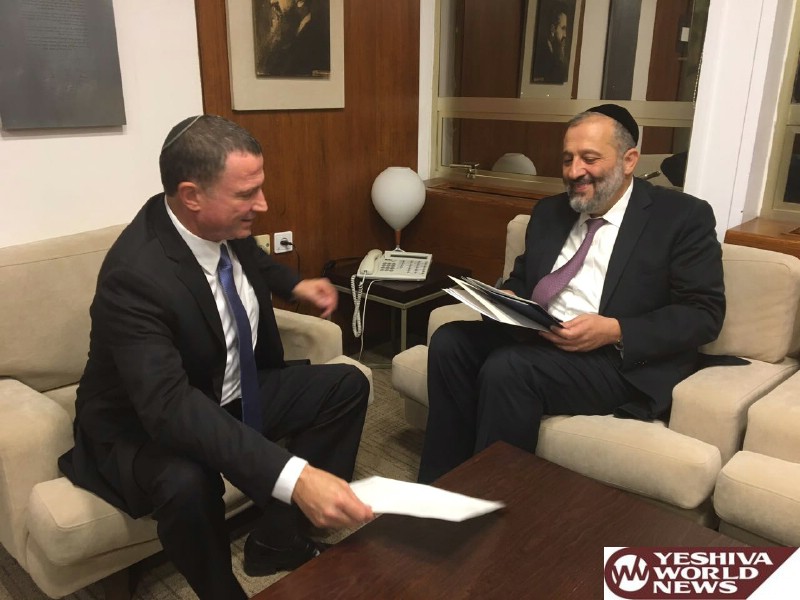 Shas party leader Interior Minister Aryeh Deri has resigned from Knesset but will continue serving as a cabinet minister. This permits bringing and additional Shas MK into Knesset to take Deri seat as an MK. That seat will be filled by Shas representative in Jerusalem City Hall, Michael Malchieli.

Deri’s decision appears to be motivated by a need to refresh the ranks of his party and his resignation is likely to be the beginning as others may be following suit. The first such move in Shas in the current Knesset was by Deputy Interior Minister Meshulam Nahari, permitting the entry of Michael Guetta as a Shas MK.

On the downside, in the event the coalition falls, Deri and Meshulam will be out as they will not have their Knesset seats to fall back on. 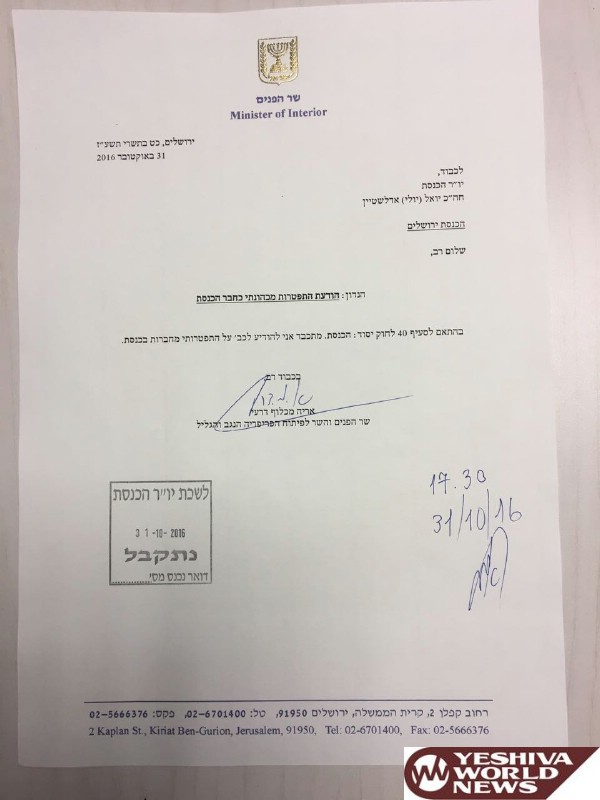