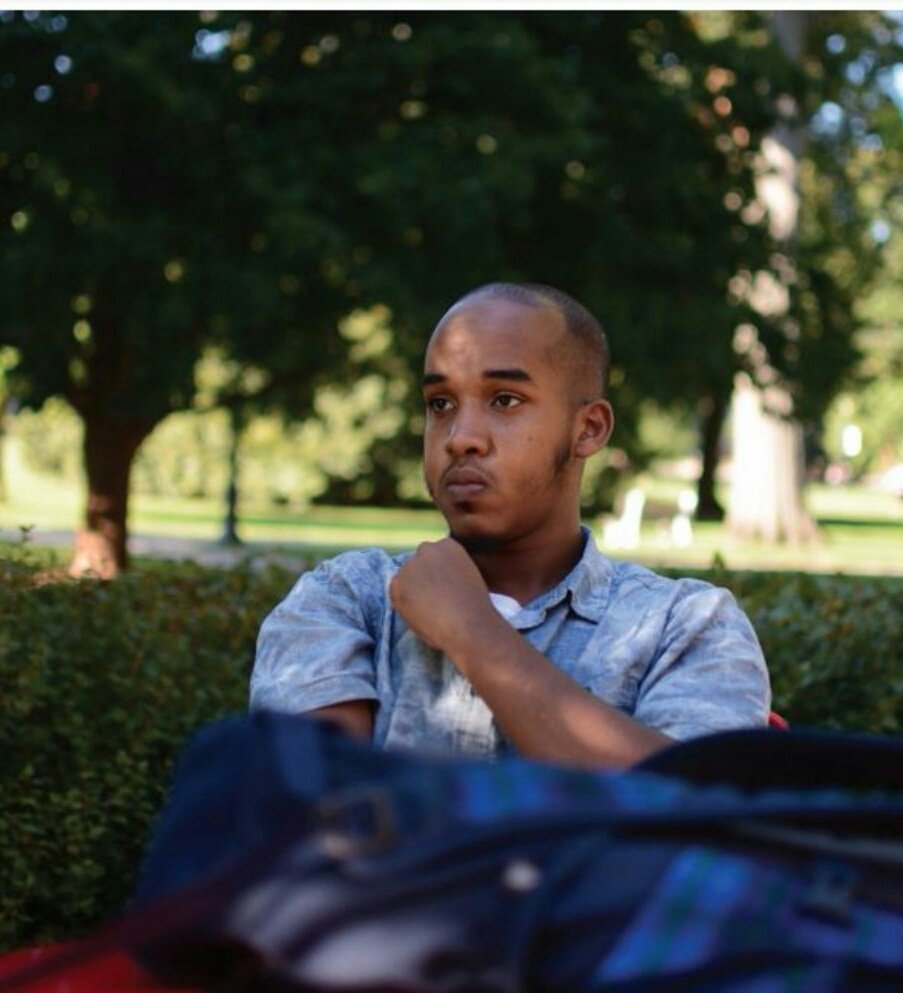 A man plowed his car into a group of pedestrians at Ohio State University and began stabbing people with a butcher knife Monday before he was shot to death by a police officer. Police said they are investigating whether it was a terrorist attack.

Nine people were hurt, one critically.

The attacker was identified as Abdul Razak Ali Artan, a Somali-born legal permanent resident of the U.S., according to a U.S. official who wasn’t authorized to discuss details of the case publicly and spoke on condition of anonymity.

The FBI and other agencies joined the investigation.

The details emerged after a morning of confusion and conflicting reports that began with the university issuing a series of tweets warning that there was an “active shooter” on campus near the engineering building and that students should “run, hide, fight.” The warning was apparently prompted by what turned out to be police gunfire.

Numerous police vehicles and ambulances converged on the 60,000-student campus, and authorities blocked off roads. Students barricaded themselves inside offices and classrooms, piling chairs and desks in front of doors.

Ohio State Police Chief Craig Stone said that the assailant deliberately drove over a curb outside a classroom building and then got out and began attacking people with the knife. A campus officer who happened to be nearby because of a gas leak arrived on the scene and shot the driver in less than a minute, Stone said.

Angshuman Kapil, a graduate student, was outside the building when the car barreled onto the sidewalk.

“It just hit everybody who was in front,” he said. “After that everybody was shouting, ‘Run! Run! Run!'”

“I thought it was an accident initially until I saw the guy come out with a knife,” Schneider said, adding that the man didn’t say anything when he got out.

Asked at a news conference whether authorities were considering the possibility it was a terrorist act, Columbus Police Chief Kim Jacobs said: “I think we have to consider that it is.”

In recent months, federal law enforcement officials have raised concerns about online extremist propaganda that encourages knife and car attacks, which are easier to pull off than bombings.

The Islamic State group has urged sympathizers online to carry out attacks in their home countries with whatever weapons are available to them.

In September, a 20-year-old Somali-American stabbed 10 people at a St. Cloud, Minnesota, shopping mall before being shot to death by an off-duty officer. Authorities said he asked some of his victims if they were Muslim. In the past few years, London and other cities abroad have also seen knife attacks blamed on extremists.

The shelter-in-place warning at Ohio State was lifted and the campus declared secure after about an hour and a half, after police concluded there was no second attacker, as rumored.

The attack came as students were returning to classes following the Thanksgiving holiday break and Ohio State’s football victory over rival Michigan that brought more than 100,000 fans to campus on Saturday.

Rachel LeMaster, who works in the engineering college, said a fire alarm sounded on campus.

“There were several moments of chaos,” she said. “We barricaded ourselves like we’re supposed to since it was right outside our door and just hunkered down.”

LeMaster said she and others were eventually led outside the building and she saw a body on the ground.

Classes were canceled for the rest of the day.

“Run, hide, fight” is standard protocol for active shooter situations. It means: Run, evacuate if possible; hide, get silently out of view; or fight, as a last resort, take action to disrupt or incapacitate the shooter if your life is in imminent danger.