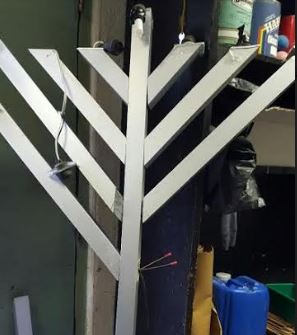 Chabad of Prospect Heights two Menorah’s were vandalized over Chanukah. The branches were broken and the wires cut. One Menorah was located at the Park Slope Playground between 5th and 6th Avenue’s and the other at Underhill Playground.

It is believed the the Menorahs were vandalized sometime between Monday afternoon and Tuesday morning, when the damage was discovered.

“The Menorah is a beautiful holiday symbol. I condemn this deeply offensive act. These incidents of hate have no place in our society, and is not in any way a reflection of Prospect Heights or Park Slope, which are wonderful neighborhoods.”

Chabad will be holding a menorah lighting on Wednesday at 5:00PM with hot latkes and gifts for the children at Park Slope Playground between 5th and 6th ave.