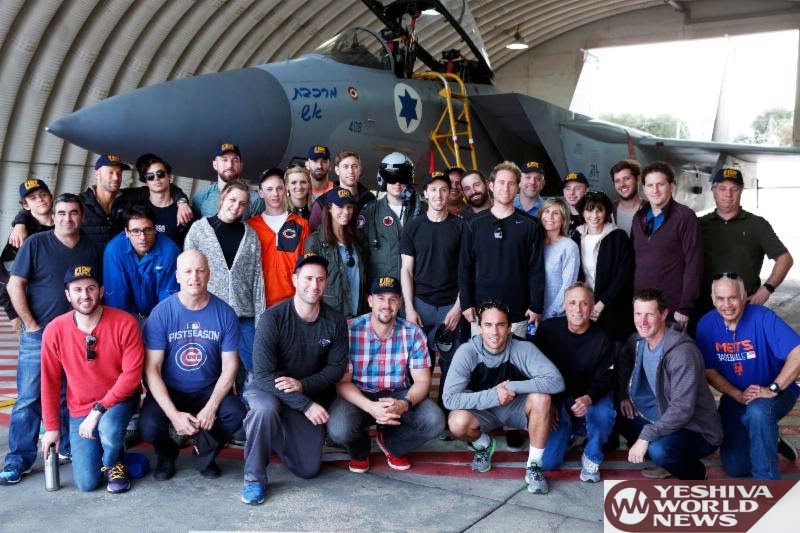 Ten Jewish current and former Major League Baseball players and their families visited the Tel Nof Israeli Air Force Base near Rehovot, last week as part of a trip to Israel in preparation for the World Baseball Classic. The base visit, organized by Friends of the Israel Defense Forces (FIDF), allowed the players to meet and hear firsthand from the fighter pilots who protect Israel’s skies.

“These 10 Jewish baseball players are visiting Israel for the first time to celebrate the fact that they’ve qualified for the World Baseball Classic,” said Aeder. “I thought this would be a wonderful opportunity to expose them to the country and for them to meet some of the brave men and women who defend Israel and Jews everywhere, and derive pride from the Jewish State’s ability to defend itself.”

Aeder added: “It is my great honor to do anything I can to support the soldiers who fight to protect the land of Israel.”

During their tour of Israel, the 10 players and staff practiced on baseball fields and met with Israel Association of Baseball players. They also visited some of Israel’s landmarks and holy sites.