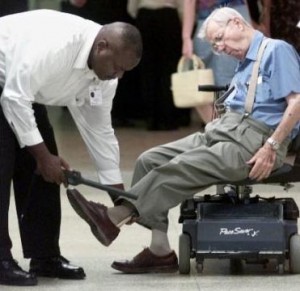 But full body scanners are ready to be put to the test at one local airport.

Are passengers ready for the privacy sacrifices — and why has the government chosen LaGuardia Airport first?

The Department of Homeland security feels LaGuardia is ready for the scanning equipment and many passengers CBS 2 HS spoke to Friday night said they are ready for yet another later of security.

Frequent travelers know the drill every time they fly. But now at LaGuardia security will not only see through bags, they’ll see right through passengers — with a full body scanner.

“Security is good for everybody,” another traveler added.

“The little girl in me doesn’t like it, but the world’s a dangerous place. It always has been, but now it’s particularly dangerous,” traveler Julie Campagna added.

Proponents say the X-ray machines could have stopped the X-Mas underwear bomber in Detroit and shoe bomber Richard Reid eight years ago.

On Friday the federal Department of Homeland Security announced the Transportation Security Administration would be installing full body scanners in 28 airports this summer, including Buffalo-Niagara and LaGuardia.

Each scanner costing $170,000 will screen passengers for metallic and non-metallic weapons and explosives, and can detect items concealed under clothing without physical contact.

John F. Kennedy and Newark Liberty airports are not on the short list to get the scanners during this phase. The TSA said the airports were chosen based on readiness to handle the equipment and privacy protection, like a remote viewing room.

“Technology can never ever replace the qualified and well trained human being. The technology can help,” Yeffet said.

The TSA has purchased 450 full-body scanners using federal funds, but only 58 are being used at 24 airports nationwide.