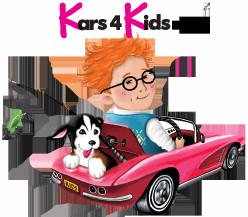 Although YWN did not mention Kars4Kids in our story earlier Tuesday about the investigation that NYS Attorney General Anderw Cuomo has just launched, Kars4Kids sent the following press release to YWN for publication:

“Kars4Kids applauds the gubernatorial candidate’s investigation,” said Yehudah Meth, a spokesman for the national not-for-profit organization. “Indeed, we think it’s long overdue. The Attorney General’s office is doing its job. The end result will be the elimination of illegitimate organizations who give a bad name to the car-donation process.

The investigation didn’t come as news to Kars4Kids—only the press release lumping it, unfairly, with other organizations.

“Kars4Kids was served nearly half a year ago, on January 13, 2010, and we fully cooperated with the investigation,” said Meth. “We gave the Attorney General’s office everything they asked for and we expect that will be the end of it.”

As a result of the Attorney General’s investigation, a lawsuit was filed charging that Nicholas Cascone, Jr., the director of “Feed the Hungry, Inc.” (“FTH”), solicited vehicle donations that were supposed to fund humanitarian causes and then kept the proceeds to enrich himself.

Kars4Kids has received no notification of a lawsuit or any further actions.