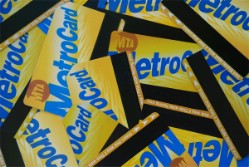 Students will be able to keep their free MetroCards under a plan being hammered out between the Legislature, Gov. Paterson’s office and the MTA, sources tell NBCNewYork.com.

The transportation agency had proposed ending the free rides for students as part of its effort to close an $800 million budget gap. The city contributed $45 million to the program last year while New York State paid only $6 million.

The transit agency was due to vote in the coming weeks on the plan to phase out the free rides for students.  Sources tell NBCNewYork that though details of the plan are yet to be announced, the free cards have been saved.

The move to revoke student MetroCard privileges was met by outrage from parents, straphangers and even students.  This month, hundreds of students from around New York City walked out of class to protest the proposal outside City Hall.