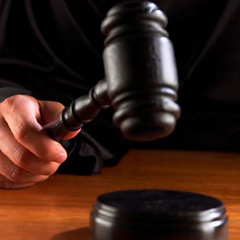 11:26 AM IL: The High Court of Justice on Tuesday morning held a closed-door session regarding the mothers of Emanuel, a session that included attorney Mordechai Green and some of the mothers. The court hearing took about 30 minutes, and the court indicated it will announce its decision later.

Another hearing is expected on Sunday to decide if the court will agree to requests to curtail the two-week jail term being served by the Emanuel fathers.

Yossi Deutsch, who was not inside the closed-door session told Kol HaChareidi the hearing addressed three basic issues.
1. The release of the mothers from the two-week jail term (to be announced. The court was extremely critical of their actions)
2. Set a hearing for Sunday regarding those already in jail, the men, to decide if they will complete the two weeks and possible address fines. (Attorney Green does not understand the purpose of Sunday’s meeting).
3. Regarding next year, the court will not permit the school to reopen unless there is compliance with the ruling, desegregation. The court added that time is running out and a solution must be found if they want the school to operate.
Most of the mothers were not present for the hearing.