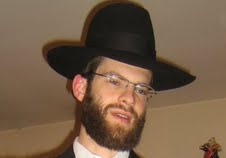 The following is meant as a convenient review of Halachos pertaining to Rosh Yom-Kippur. The Piskei Din for the most part are based purely on the Sugyos, Shulchan Aruch and Ramah, and the Mishna Berura, unless stated otherwise. They are based on my understanding of the aforementioned texts through the teachings of my Rebeim. As individual circumstances are often important in determining the psak in specific cases, and as there may be different approaches to some of the issues, one should always check with one’s Rov first.

[Rabbi Yissachar Dov Krakowski is Rov of Kehilas Torah Ve’Chesed in Yerushalayim’s Nachlaot Neighborhood. Rabbi Krakowski also serves as a Rabbinical representative for OU Kashrus in Israel. Rabbi Krakowski has been mishamesh many Rabbanim and Poskim both In America and in Eretz-Yisroel. Rabbi Krakowski started his Yeshiva years in Beis Hamedrash and Mesivta of Baltimore. He Then continued in Yeshivas Shaar HaTorah Grodna (Queens NY), South Fallsburg, Brisk (Yerushalayim), and currently still learns in Kollel Nachlos Elazar (Yerushalayim).]

As Yom-Kippur is the only Biblical fast, and as not fasting on Yom-Kippur renders one guilty of Karress, there are far fewer leniencies as to who doesn’t need to fast, and as to when a fast may be broken.

As fasting on Yom-Kippur is the most integral part of the day, and the most important element in achieving atonement, it is important to make one’s ability to fast the main focus. Therefore Nursing and expecting mothers, and likewise all sick or weak people should stay in bed as much as they can – even at the expense of Tefilla Betzibur, or even davening altogether.