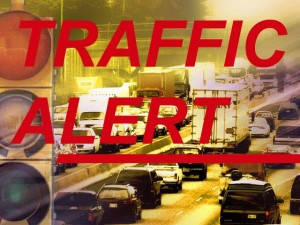 New Yorkers are hitting the roads and heading for the airports for the Thanksgiving holiday.

Those traveling by air have the new security measures to deal, including the full body scans.

AAA estimates about 1.6-million people have booked flights on the busiest day of the year.

Nearly 40 million more will hit the road and those who do are dealing with higher gas prices. The national average is $2.87 a gallon. In the city, gas prices are averaging $3.18 a gallon – an increase of about 13 cents over the last month.

Today is also the second of nine gridlock alert days here in the city this year.

City officials encourage you to leave your car at home if possible, and take mass transit. New York City Transit has increased its subway and bus service for the holidays.