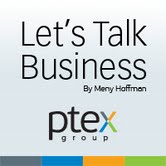 With the recent snowstorms and frigid weather patterns we’ve been experiencing, many Americans now view the whole concept of Global Warming rather skeptically.

I think it’s one of the most brilliant and relevant concepts ever conceived — from a marketing perspective, that is.

According to a recent article in Marketplace Magazine, The Environmental Defense Fund — an environmental group in Washington advocating for legislation to improve green-energy and climate-change awareness — has come up with a unique way to sway the opinion of a suspicious American public that remains doubtful as to whether there even is a phenomena such as Global Warming.

Instead of touting the usual green-themed messages of “Save the Rainforest!” and “Help a Polar Bear!” the organization aims to generate American support for climate regulation by cleverly wrapping it in terms of national security and jobs — along with a side benefit of having cleaner air.

Proponents of climate-change legislation are now pushing their message by claiming that environmentally-friendly regulations will enable America to create more jobs within the alternative-energy sector and be less dependent on foreign oil — which translates into a self-regulating country that can take a stronger stance against radical Middle-Eastern nations that currently provide the USA with the bulk of its oil resources.

By framing the newly-revised global warming pitch to the public in a way that highlights job creation and national security, these environmental groups have brilliantly redefined the marketing message of what climate-change represents and captured the attention of people who would have otherwise ignored the previously environmentally-themed messages publicized by proponents of Global Warming.

Of course, the concept of redefining a message to appeal to consumers is hardly new — many brands have been doing it for years already.

Originally created as an antiseptic disinfectant for insect bites, the turning point for the company came in 1921 when an advertising executive named Gordon Seagrove came up with the concept of promoting the use of Listerine as a cure for bad breath. The company, though, was wary of using the words “bad breath” in an advertisement due to the fact that it was considered an indecent phrase and would be received negatively by the general public.

Which is precisely where redefining the marketing message came into the picture.

By cleverly resuscitating an obscure Latin medical symptom called “Halitosis” and launching an ad campaign portraying Listerine as the only product available to cure it, Listerine instantly appealed to consumers who suddenly perked up and were eager to hear its relevant message.

The subsequent success resulting from this strategic advertising campaign propelled Listerine into a category of its own. In fact, Listerine sales jumped from $100,000 per year in 1921 to more than $4 million in 1927 — talk about appealing to consumers!

Which leads us to the main lessons of this article –The Ptex Practical Pointers — which will help guide us in our quest to improve business and marketing techniques:

* Make Your Message Meaningful – Create an advertising message that your customers can truly relate to. When American’s suffering from the recession no longer wanted to hear about environmental responsibility, The Environmental Defense Fund changed its tune and began promoting a more meaningful message of job creation and economic stability.

* Keep Things Distinctive – Be sure that your message stands out from amongst the clutter of the commercial marketplace. Listerine leaped ahead of the pack by claiming it was the only product on the market capable of fighting Halitosis and firmly cemented that message into the minds of consumers.

* It’s Got To Be Believable – There will always be skeptics out there doubting the authenticity of your product or service. To combat this phenomenon, Listerine got the approval of the American Dental Association (ADA) to verify its health benefits. More impressively, The Environmental Defense Fund recently partnered with one of the world’s largest accounting firms, Ernst & Young, to create private equity ventures that will help legitimatize its agenda.

Because the fact remains: A defined advertising message is crucial for achieving success.

Whether you’re an advertising executive attempting to persuade people to buy a certain brand of mouthwash or a Vice President trying to convince a skeptical nation about the hazards of Global Warming, keep in mind that your success will be dependent on crafting a message that directly appeals to the public — in rain, sleet or snow.