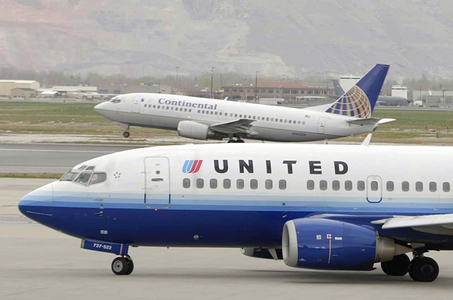 A United Airlines flight bound for Portland, Ore., from Washington, D.C. was diverted to Chicago because three passengers were being disruptive, the airline says.

The three were taken off Flight 251 at O’Hare International Airport Tuesday night and did not continue on to Portland, said United spokesman Rahsaan Johnson.

“We had some disruptive customers who were keeping the flight attendants from doing what they had to do,” Johnson said. “And after some time, the crew decided, ‘Let’s divert the plane.’ ”

He said law enforcement officials talked to the passengers but it was not clear if they were arrested. A Chicago police spokeswoman said she had no record of an arrest related to the incident.

According to Flightaware.com, the plane — an Airbus A320 — departed Dulles International Airport outside Washington about 6 p.m. Eastern Time and landed in Chicago just after 7:30 p.m. local time. It took off from Chicago at 10:47 p.m. and landed in Portland at 12:41 a.m. Pacific Time.

While the plane was on the ground in Chicago, the other 131 passengers got off the plane and were re-screened through security before getting back on the aircraft.

A Transportation Safety Administration spokesman said officers from TSA and local law enforcement personnel met the flight and the disruptive passengers were interviewed and released. Before it took off, TSA swept the plane and found nothing out of the ordinary.