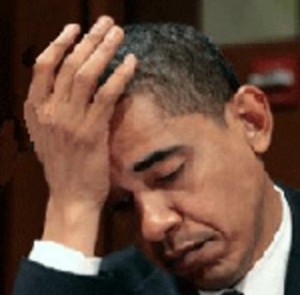 Anxiety over President Obama’s shift to the political center is threatening to alienate the White House’s liberal base.

As Obama prepares Wednesday to outline his deficit reduction strategy, liberals worry he’ll embrace Medicare and Medicaid cuts as an olive branch to Republicans in advance of larger fights over the nation’s debt.

The concerns have surfaced after the White House rankled lawmakers on the left by agreeing to a 2011 spending bill that slashes funding for a number of programs long favored by Democrats and embracing a controversial trade agreement with Colombia.

Liberal lawmakers already were irked with Obama’s decision to support upper-income tax cuts he campaigned against and to launch military operations in the Middle East without congressional approval.

Rep. Peter DeFazio (D-Ore.) this week said Obama should start acting like a Democrat, while two left-wing grassroots groups warned their members could withhold funds from the president’s reelection campaign.

The criticisms highlight the problem facing Obama, who is trying to lead from the center without alienating his political base. The White House strategy could help the president with independents, but risks leaving liberals at home in the fall of 2012.

The difficulty of navigating this tightrope was exemplified last week, when Obama announced his reelection campaign the same day his attorney general said the administration was all but giving up on holding civilian trials for suspected terrorists.

It has also come up with the spending bill, which the White House has touted as an example of presidential leadership but which liberal groups have criticized.

The agreement would cut almost $40 billion in federal funding this year, with cuts targeting education, health and nutrition programs long supported by Democrats. Liberals are grumbling that Obama favored the Republicans’ priorities over those of his own caucus.

Senate Majority Leader Harry Reid (D-Nev.), who helped Obama broker the deal, has joined the White House in highlighting the programs the Democrats were able to preserve, rather than dwelling on the cuts they were forced to concede.

But a spokeswoman for the Congressional Black Caucus (CBC) warned that such an approach creates the impression that Democrats are winning the budget battle.

“We’re not winning,” the CBC spokeswoman said, explaining that many of the cuts enacted this year disproportionately affect minority and low-income populations.