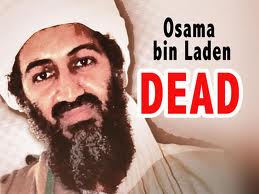 In an interview with Steve Kroft for this Sunday’s 60 Minutes, President Obama says he won’t release post-mortem images of Osama Bin Laden taken to prove his death.

Video of the comments will appear on the CBS “Evening News” on Wednesday.

Republican House Intelligence Committee Chairman Mike Rogers said Wednesday that the Obama administration should not release the gruesome postmortem images, saying it could complicate the job for American troops overseas.

“The risks of release outweigh the benefits,” he said. “Conspiracy theorists around the world will just claim the photos are doctored anyway, and there is a real risk that releasing the photos will only serve to inflame public opinion in the Middle East.”

“Imagine how the American people would react if Al Qaida killed one of our troops or military leaders, and put photos of the body on the internet,” he continued. “Osama bin Laden is not a trophy – he is dead and let’s now focus on continuing the fight until Al Qaida has been eliminated.”