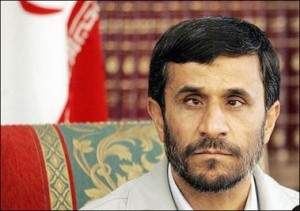 A Muslim cleric accused the Iranian president of wanting “friendship with Israel,” an Iranian website associated with the opposition reported on Thursday.

According to religious scholar Mahmoud Nubian, Ahmadinejad’s top adviser Esfandiar Rahim Mashaei stated three years ago that Iran should have “friendly ties” with the Jewish State, but Ahmadinejad has refrained from reiterating this position in public because of supreme leader Ayatollah Ali Khamenei’s fierce objection.

Nubian further claimed that the Iranian president personally told him that he supported Mashaei’s statement, but couldn’t say anything out of respect to the leader.

According to the report, Nubian – who is associated with radical cleric Ayatollah Mesbah Yazdi – said that since Mashaei entered the cabinet, “Khamenei has been forced to intervene,” hinting at a split between the supreme leader and the president’s top aide.

The report came after several stormy weeks in the Iranian political apparatus over the unprecedented feud between Ahmadinejad and Khamenei. The latter, who is known as having the final say on all state matters, has been increasingly worried about Mashaei’s influence over the president, which is reinforced by their family relations, as Ahmadinejad’s daughter is married to Mashaei’s son.