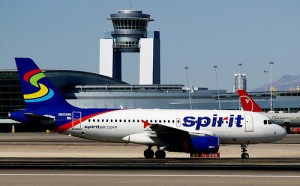 The extensive menu of airline fees is growing again — at least at one low-cost carrier.

Florida-based Spirit Airlines has announced it will charge a $5 fee for passengers who ask an agent to print their boarding pass at the airport.

The new policy applies to all domestic and international flights booked on or after Tuesday for travel on November 1, 2011, and beyond. At the same time, Spirit says it is lowering fares on all nonstop flights by $5 each way.

Spirit is just listening to its customers, it said. In a survey, most told the carrier that they preferred lower fares in exchange for checking in online.