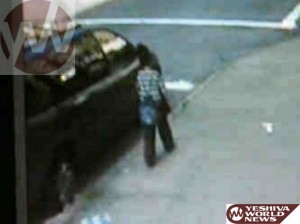 5:05PM EST (Tuesday): [UPDATES IN EXTENDED ARTICLE] Highly credible sources tell YWN that 9-year-old Leiby Kletzky has been spotted on CCTV footage walking on 44th Street in the area of 14th Avenue, after 5:00PM on Monday evening. We are also being told that there may be additional footage with Leiby in it. NYPD Detectives are in possession of the footage.

Based on this latest development, Shomrim Coordinators have decided to leave the Mobile Command Center at the current location of 15th Avenue and 57th Street.

Additionally, there are many false rumors going around. They are nothing more than that: False rumors.

YWN was the first to report this incident Monday night, and we will continue to bring you the most accurate information possible.

Hundreds and hundreds of volunteers are arriving from the Catskills, Lakewood, Monsey and other areas to assist in the search.

UPDATE 7:24PM: The NYPD Chief of Department Joseph Esposito is on the scene, as well as Chief Fox, Chief Banks, and many other senior NYPD Brass. Additionally, dozens of police officers are still arriving to assist. See the photos taken moments ago at BoroParkScoop.com. 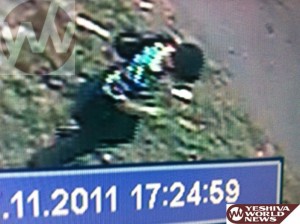 UPDATE 7:55PM: [Click on the image to the left to ENLARGE] This is an additional image taken from video footage on 44th Street. The video shows Leiby walking at 5:27PM (Monday) on 44th Street towards Dahill Road. Detectives and people who know the child have watched the footage have confirmed that it is him. Footage taken three minutes later shows him at Wheels To Lease (at the corner of Dahill and 45th Street) speaking to someone – in what appears to be asking for directions and walkiing back towards Dahill Road.

Police are now trying to continue down the route and trying to find security cameras that may show where he went after that.