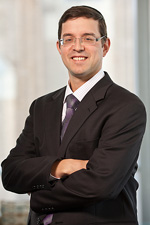 The Indian American community is taking an organized approach in seeking relief from the very severe penalties that could be imposed by joining the IRS’s voluntary disclosure program relating to offshore bank accounts.  Earlier this year, I gave a seminar to over 100 people from the Indian American community at the Diamond Dealers Club, which was organized by my dear friend and very talented accountant, Jonathan Kaiman. Since I gave that lecture, numerous people who attended the lecture have consulted with me about bringing their tax reporting up to date. The one issue that, in almost all cases, they cannot get over, is paying the very severe 25% penalty when they really had no knowledge of the foreign bank account reporting obligations.

The IRS’s 2011 Offshore Voluntary Disclosure Program comes to an end on August 31st 2011 (with limited extensions in certain circumstances).  As I have reported in the past, taxpayers who seek to join this program need to be prepared to pay significant civil penalties, including, in almost all cases, a penalty equal to 25% of the highest account balance between the years 2003 and 2010.  In some cases, the IRS will take the view that assets related to the foreign account (for example a wholly owned foreign company that distributed dividends that were deposited in the foreign account) are considered part of the penalty base.  This penalty can be extremely Draconian, particularly with respect to taxpayers who simply were not otherwise aware of their reporting obligations.

The key points made in their letter include:

1. Full abatement of the 25% penalty for taxpayers who were not aware of the filing requirement;

2. Extending the voluntary disclosure program to December 31; and

3. Reduction of the 20% accuracy related penalty.

Hopefully, their efforts will be effective in a manner that benefits all taxpayers that are seeking to become compliant.

Joseph Septimus is a tax and trusts and estate attorney with the law firm of Kostelanetz & Fink, LLP, and can be reached at (212) 808-8100 or[email protected]