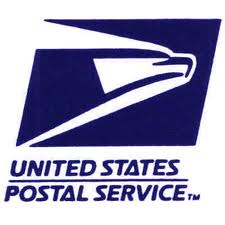 Rogue mailman Shameek Dickerson’s scheme came to light after customers along West 47th Street in Midtown began complaining that they never got packages they had been expecting, the officials said.

So investigators from the Post Office Inspector General’s office and Manhattan DA placed a tracking device inside a package bound for the district that was designed to send out an alert when the parcel was opened.

On July 22, Dickerson, 29, of Brooklyn, was sitting inside his car at the post office’s West 43rd Street garage when he opened the parcel and set off the tracking device’s silent alarm, according to a criminal complaint. Investigators pounced on the alleged pilfering postman just as he tried to reseal the package.

“I opened the package today because I thought there was jewelry inside of it,” Dickerson admitted to investigators, according to the complaint.

Dickerson claimed he had been forced to plunder Diamond District-bound packages after a man threatened to “kill him and his disabled brother” if he failed to comply and hand over the spoils, a prosecutor said at his arraignment July 23.