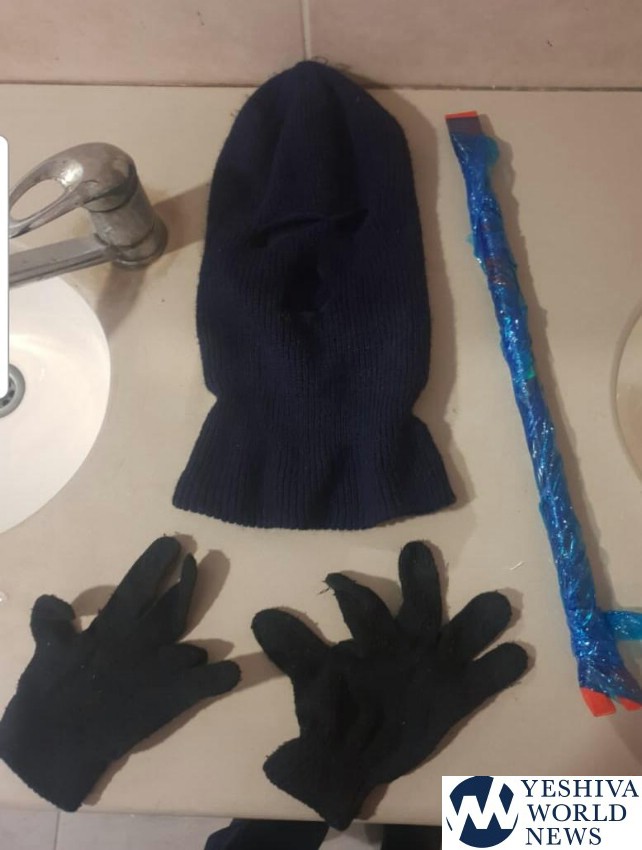 Jerusalem police during the night on Sunday, apprehended a burglar in the act in the Ramot neighborhood of the city. As seen in the accompanying photo, he was carrying the tools of his trade when apprehended prior to breaking into an apartment; a ski mask, gloves and crow bar.

A strange person was detected in the community and police were notified in time, leading to his apprehension. The suspect, a male in his 20s from the Israeli Arab community of Abu Gosh, was taken into custody.