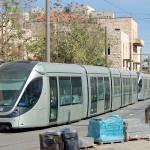 For a second time since Sukkos, Jerusalem light rail drivers have launched a wildcat strike, walking off the job without advanced notice. Drivers insist that they were promised a higher wage when they signed on, adding they are all licensed to drive a bus and doing so would earn them a better wage. Labor representatives explain that when they were hired to train as train drivers they were promised that in a number of months, they would earn more than bus drivers.

Labor negotiators pleaded with drivers earlier in the week, promising a mutually acceptable solution within a month, but it appears that plea fell on deaf ears. The latest strike began on Thursday night, November 16th, at 6:00pm.

Jerusalem City Hall, which invested a great deal into the light rail project, released a statement to the media. “The city regards the continued operation of the light rail as a major priority and the unannounced strike by drivers delivers a serious blow to residents. The city calls on the operator to employ drivers who will continue operating the train and serve city residents, and not to hesitate to turn to the labor court to compel drivers back to work…”