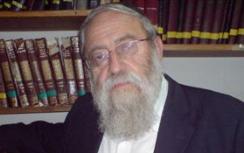 After the meeting of election officials on Sunday, 6 Teves, regarding the upcoming election for chief rabbis of Jerusalem, it appears the dati leumi candidate for Ashkenazi chief rabbi, Rabbi Aryeh Stern, will indeed emerge the successor.

After revamping the delegates empowered to vote, the chareidi sector lost a great deal of electoral representation, which Jerusalem Mayor Nir Barkat says now more accurately reflects the capital’s population reality, with chareidim only receiving 30% of the vote as compared to 70% for the dati leumi and non-religious sectors.

As a result, the Degel HaTorah candidate for the Ashkenazi chief rabbi will most likely not succeed, and Deputy Mayor Yitzchak Pindrus has already met with Maran Posek HaDor HaGaon HaRav Yosef Sholom Elyashiv Shlita to explain current realities. Pindrus is quoted by Kikar Shabbat as saying “The rav has instructed me to do everything possible to prevent this from happening. He was pained upon hearing of the current election outcome predictions”.

Pindrus appears to be committed to doing just that, preventing the election of Rabbi Stern, signaling he will appeal to the courts and do whatever humanly possible to halt the election. He did not explain just what his petition to the courts will be based on.

Kikar adds that Shas’ Council of Torah Sages has met to discuss the current events surrounding the election, and the rabbonim stated they are not getting involved in the race for the Ashkenazi rav – adding “let them select who they wish”.

A Shas source is quoted as saying that Maran HaGaon HaRav Ovadia Yosef Shlita told the rabbonim “35 years ago, when I was chief rabbi of Israel there were elections in Haifa between Rabbi Shar Yashuv Cohen and Rabbi Yaakov Rosenthal, the Haifa av beis din. I wanted to back Rabbi Rosenthal, who was more aligned with us, but Rav Elyashiv asked me not to get involved in the election of an Ashkenazi rav. That is what I did then and will do now”.

Rabbi Aryeh Stern, 67, is the head of the Halacha Brura Institute, a mora d’asra in Katamon and teaches in Merkaz HaRav.