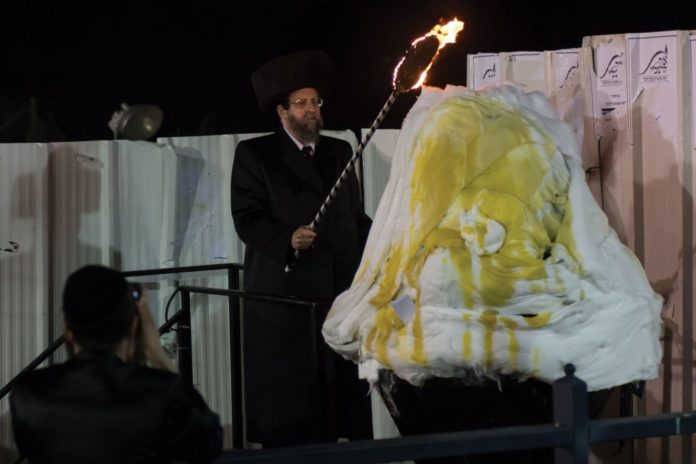 While the discussion of chilul Shabbos always accompanies Lag B’Omer when it falls on a motzei Shabbos, this year, the topic seems to have found an even more prominent place in the chareidi and dati leumi news as well as the secular news in Israel.

The Boyaner Rebbe Shlita, who officially launches Lag B’Omer celebrations in Meron with the lighting of the main bonfire, already announced he was pushing it off until midnight to avoid chilul Shabbos. The rebbe spoke out strongly against chilul Shabbos surrounding Lag B’Omer.

Police Chief Roni Alsheich on Wednesday night the eve of 2 Rosh Chodesh Iyar, met with the rebbe in the rebbe’s home to discuss the Lag B’Omer matter. Also present was Rabbi Shmuel Rabinowitz Shlita, Rav of the Kosel and Holy Sites.