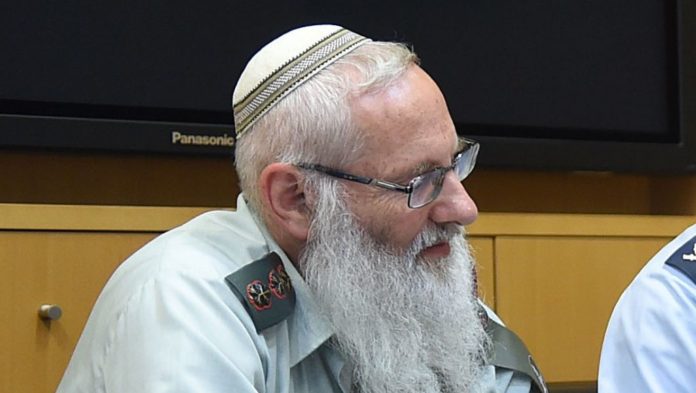 According to a report appearing in dati leumi BaSheva weekly last week, IDF Chief Rabbi Eyal Karim and his predecessor Rabbi Rafi Peretz were both partners in the formulation of the plan to integrate combat units to permit women and men to serve side-by-side. The new plan has led to widespread condemnation among the overwhelming number of rabbonim including the dati leumi community. A number of prominent poskim in the dati leumi community have already announced religious soldiers may not serve in or command such units, even if they are compelled to resign their command and lose the source of their parnasa.

In response, Rabbi Karim instructed a member of his staff to pen a letter, which was sent to military rabbis clarifying his position.

“The work of the IDF staff in relation to the Joint Service Ordinance began a few years ago (in the period of the previous chief of staff), and we are well aware of the claims that civilian elements with different trends influenced the formulation of the order, in which from our perspective, the military rabbinate had been integrated a few years ago. ”

It is highlighted that prior to assuming his post as Chief Rabbi of the IDF, Rav Karim did comment on the plan but he was in no way involved in the formulation of the current plan, despite the fact many or most of his comments were accepted and incorporated into the plan.

As is customary in such cases, there was a period in which a number of senior commanders signed off on the new regulation but Rabbi Karim insists his signature does not appear as BaSheva alleged.

In conclusion, the letter states that as far as Rabbi Karim is concerned, a religious soldier/officer many not serve in such units.