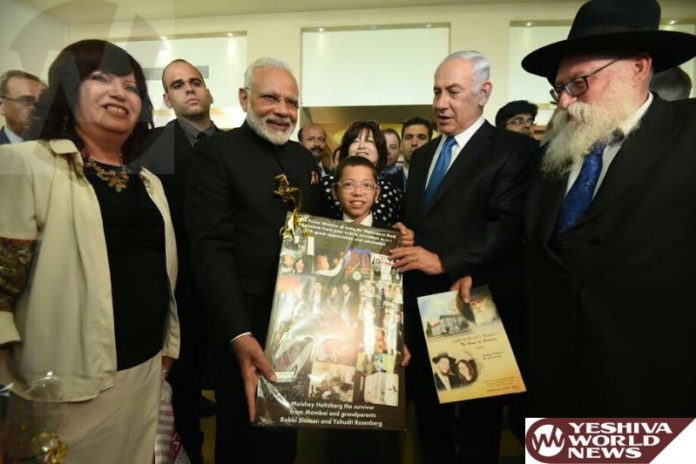 Prime Minister Binyamin Netanyahu and visiting Indian Prime Minister Narendra Modi met with Moishe Holtzberg, whose parents were murdered in the horrific terrorist attack at the Chabad house in Mumbai in 2008.

Moishe said he missed India and Prime Minister Modi told him: “My country is open to you.”

Netanyahu invited Moishe to accompany him on his upcoming visit to India.

Moishe came with his grandparents: his father’s parents Rabbi Nachman and Frida Holtzberg, and his other grandparents; Simon and Yehudis Rosenberg, together with Sandra who was his caregiver in India and came with him to Israel. 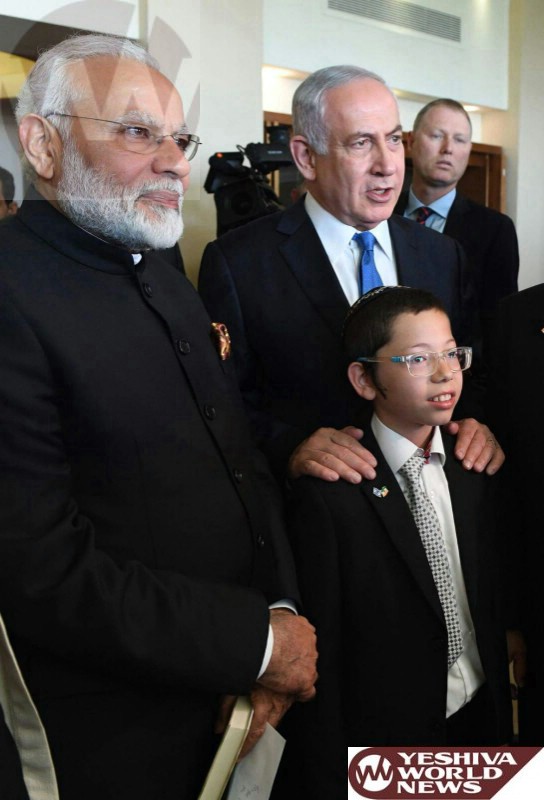 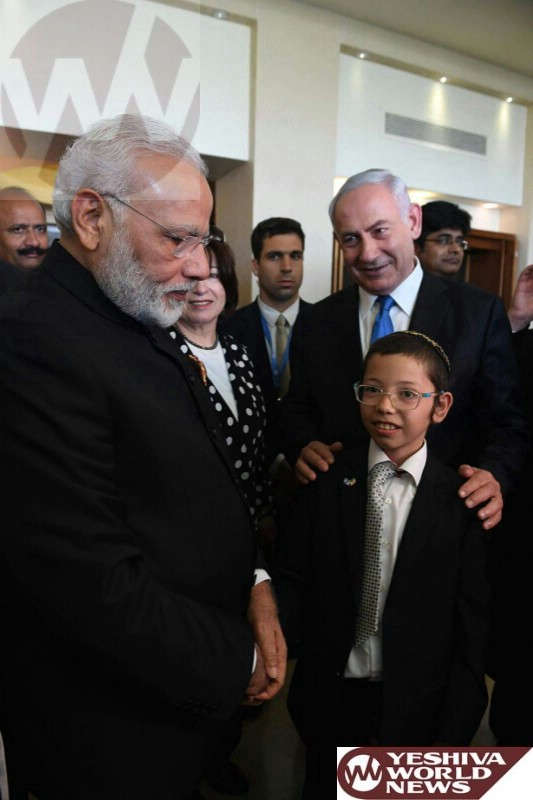 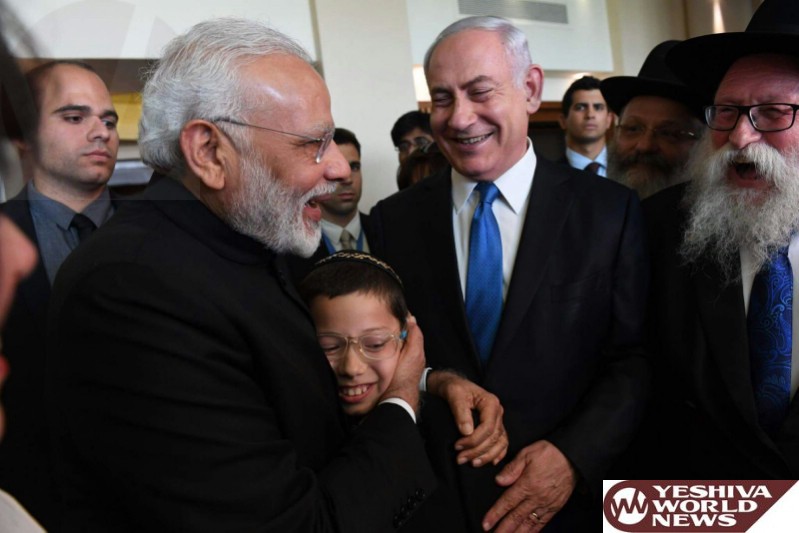 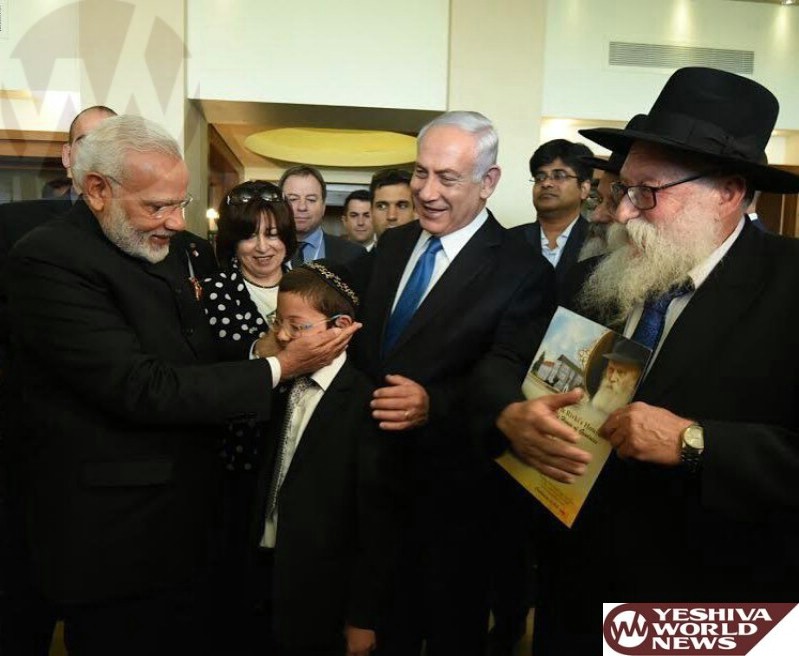 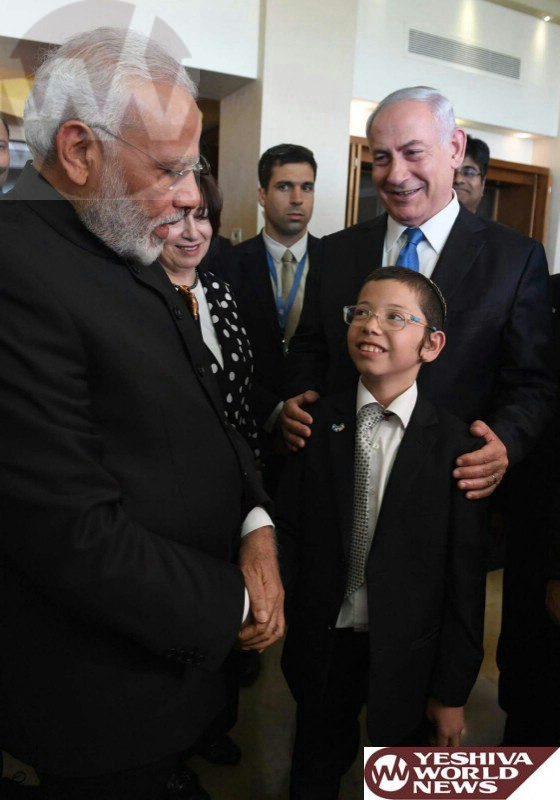 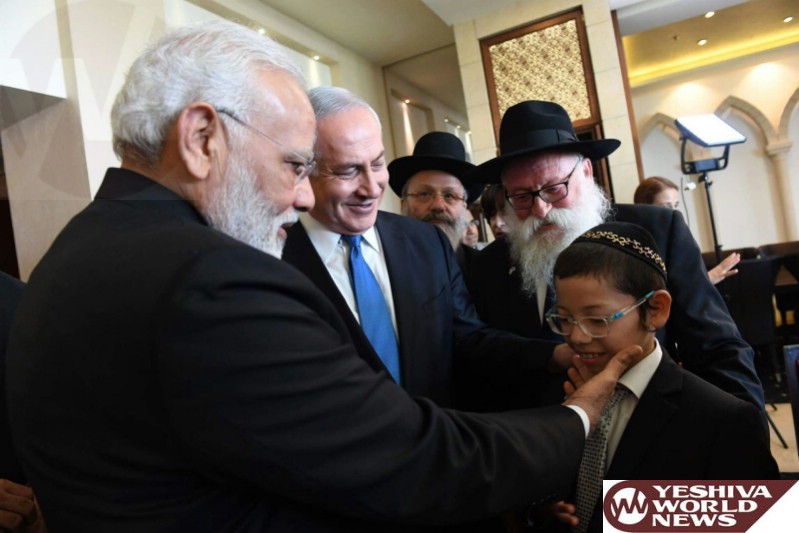 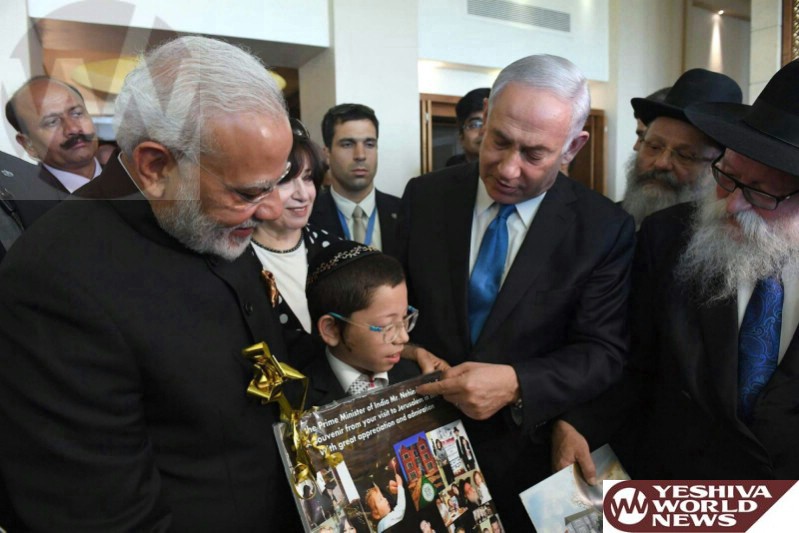