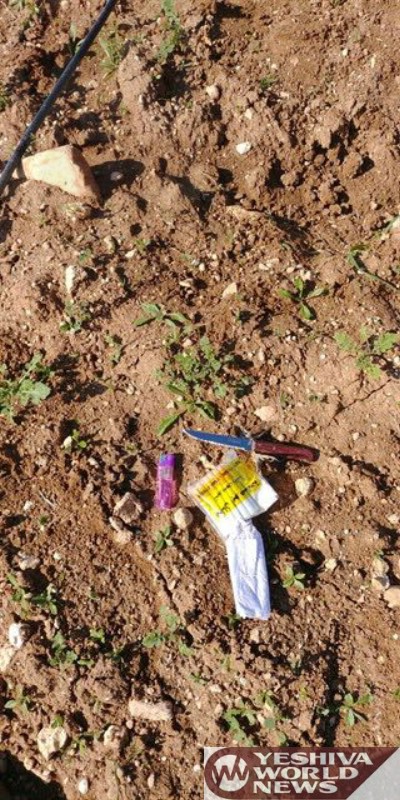 B’chasdei Hashem, an attack in the Southern Hebron Hills community of Negahot was prevented on Tu B’Shevat when an Arab armed with a knife was detected and taken into custody.

The suspected terrorist was apprehended near the community, wearing an army coat and carrying a knife. He also had a map of the community.

The photo shows the knife found in the suspect’s possession.