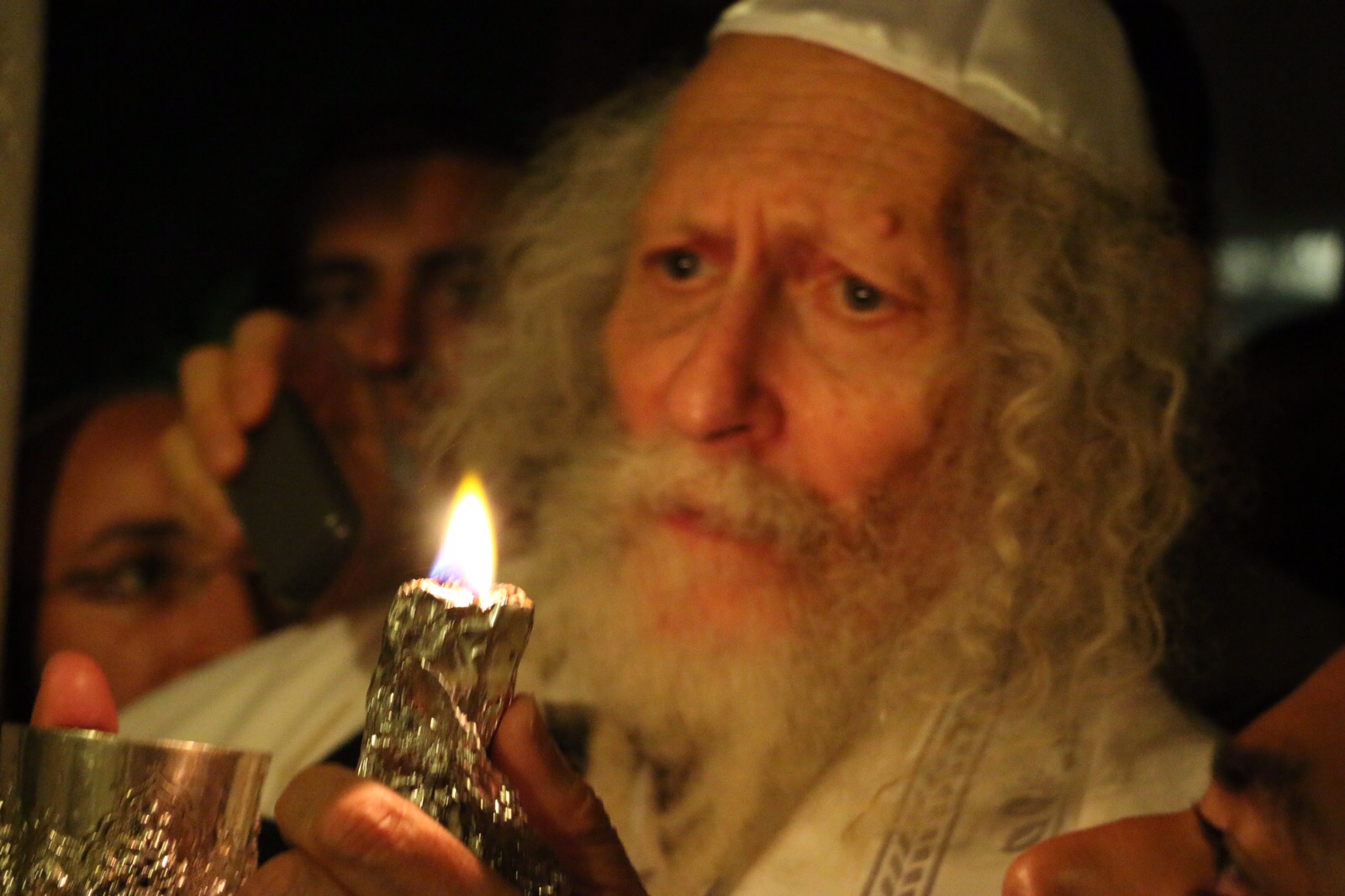 On Sunday morning a shocking video went viral on social media that depicted Rabbi Eliezer Berland conducting, what appears to be an act that goes against all the teachings of Torah and Halachah. Rabbi Berland is the community leader of the Shuvu Banim community.

While many people were shocked by the video footage, members of the Shuvu Banim community defended Rabbi Berland’s actions claiming that this was an extreme circumstance with a good reason for his actions. Viewers saw Rabbi Berland wrapped in his Tallis and Tefillin touching the face of a woman.

The followers of Rabbi Berland publicized another video of the woman, Klara Shammai, a mother of 11 children who was reportedly in immediate danger of dying. Shammai spoke about the original video and says it was filmed three years ago, and that it changed her life, as she put it.

Shammai said: “After seven different types of chemotherapy that I had previously tried due to a tumor in my throat, the doctors all said that there was nothing left for me to do. I went to Rabbi Berland, and he spread an ointment on my throat where the tumor was. After just a few months I was healed in a miraculous way,” she claims.

As can be expected, followers of Berland immediately explained that it is perfectly permitted for a man to touch a women. They sourced a Sefer called “Minchas Yehuda”, written by a Mekubal in Iraq named “Rabbi Pataya”. Berland’s followers claim the Sefer states that “in order to heal someone you must place your hand on the location of the sickness in order to heal them and that this rule also applies to women”.

This is just the latest in a string of bizarre and troubling “Segulos” and never-seen before allegedly holy acts. Two weeks before Chanukah Berland was wrapped in his Tallis during Maariv playing with a Draidel during Davening. And on Chaunkah YWN published a video of Berland smearing oil from a menorah on the faces of children during Davening. Both of these incidents were described by his thousands of followers as very holy.

Rabbi Berland was released from house arrest just before Rosh Hashana, the result of a conviction for assault. Berland pleaded guilty to his actions against multiple victims. He had first fled Israel and traveled from country to country, thus avoiding extradition to Israel, where a warrant for his arrest had been issued. He spent time in the United States, Italy, Switzerland, Morocco, Egypt, Zimbabwe, and Johannesburg before being arrested and extradited to Israel where he faced the law.

Just a few weeks ago, Berland was an honored guest at the Spinka wedding in Bnei Brak, where the Rebbe was seen embracing and dancing with Berland as thousands of Chassidim danced and cheered (see video below).

Other Rabbonim continue to flock to Berland including Rav Reuven Elbaz, the Rosh Yeshiva of Ohr Hachayim (see video below).