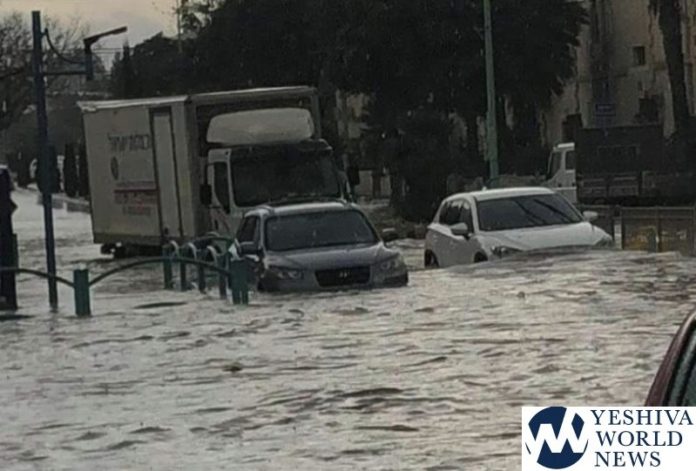 It may be springtime, but this Iyar, it is accompanied by thundershowers, flash floods and high wind gusts. Route 40 in the south is closed down in the area of Mitzpei Ramon due to flooding. The S’dei Dov Airport in Tel Aviv has been closed as well. In the Misgav Council region, 42 students were caught in the storm and Magen David Adom treated them for hypothermia. Route 90 was also closed from the Dead Sea northbound due to flowing at Nachal Rachaf.

In areas of Yerushalayim, there is major flooding as area sewers are unable to absorb the flow of water. There are intermittent thundershowers and hail in the capital as well as in Dimona in the south and many other areas.

Heavy rainfall is predicted to continue throughout the night on Wednesday around the country, with officials fearing increased flooding in prone areas.

Jabotinsky Street in Rishon L’Tzion was closed in both direction as was the Rothschild Mall, due to flooding. A number of national parks have been closed as well.

The stormy weather is expected to continue on Thursday, albeit, more in the form of local showers with isolated thundershowers. Temperatures will remain unseasonable low. 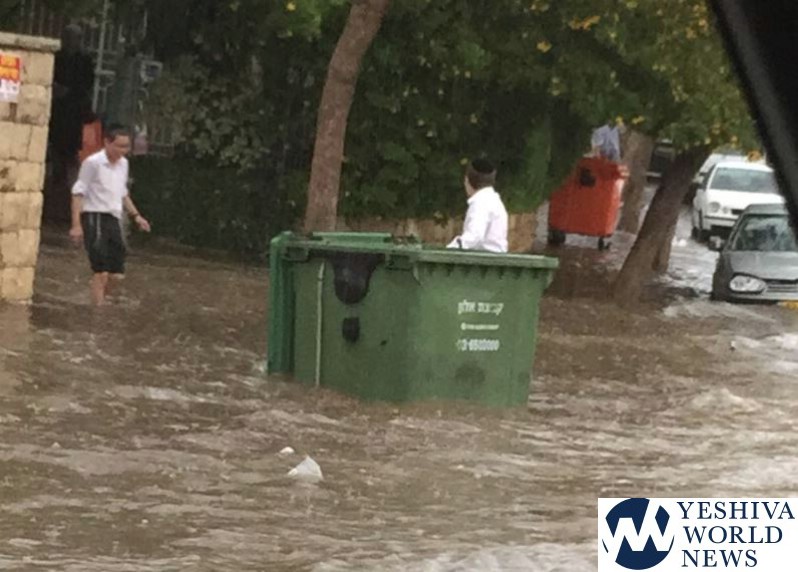 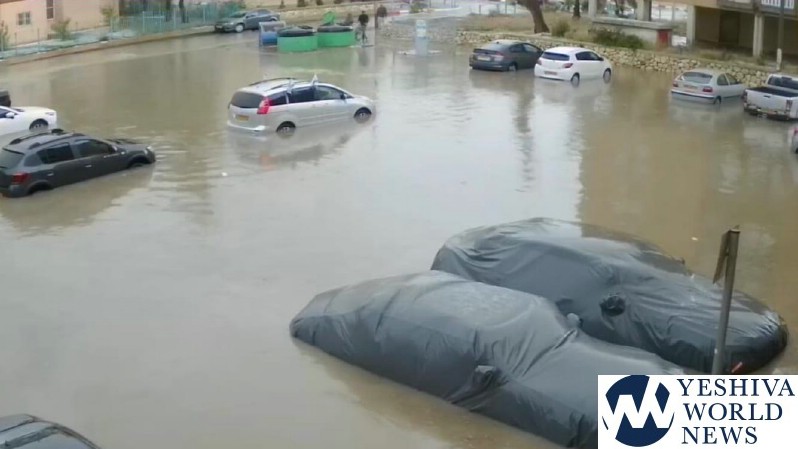 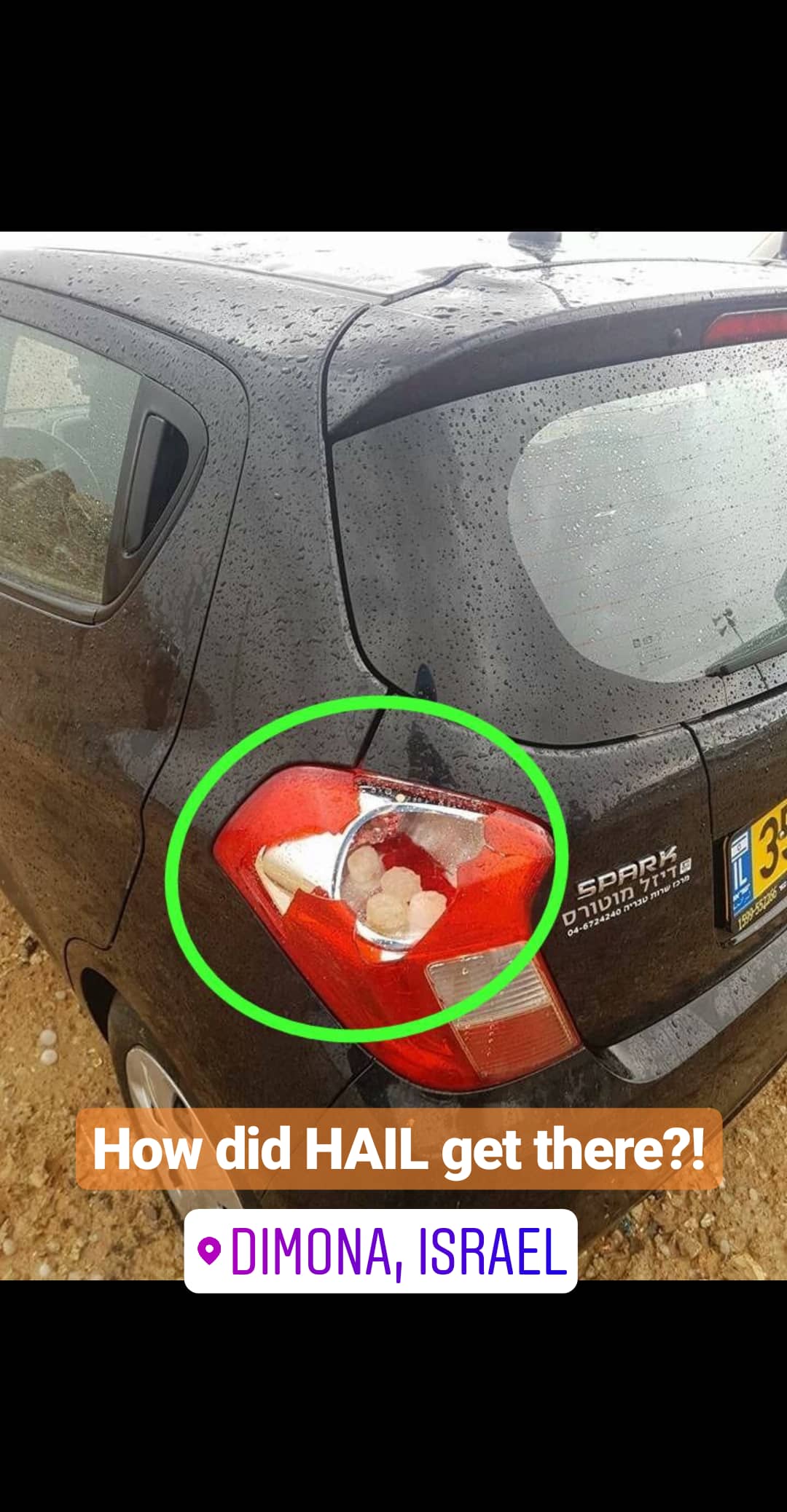 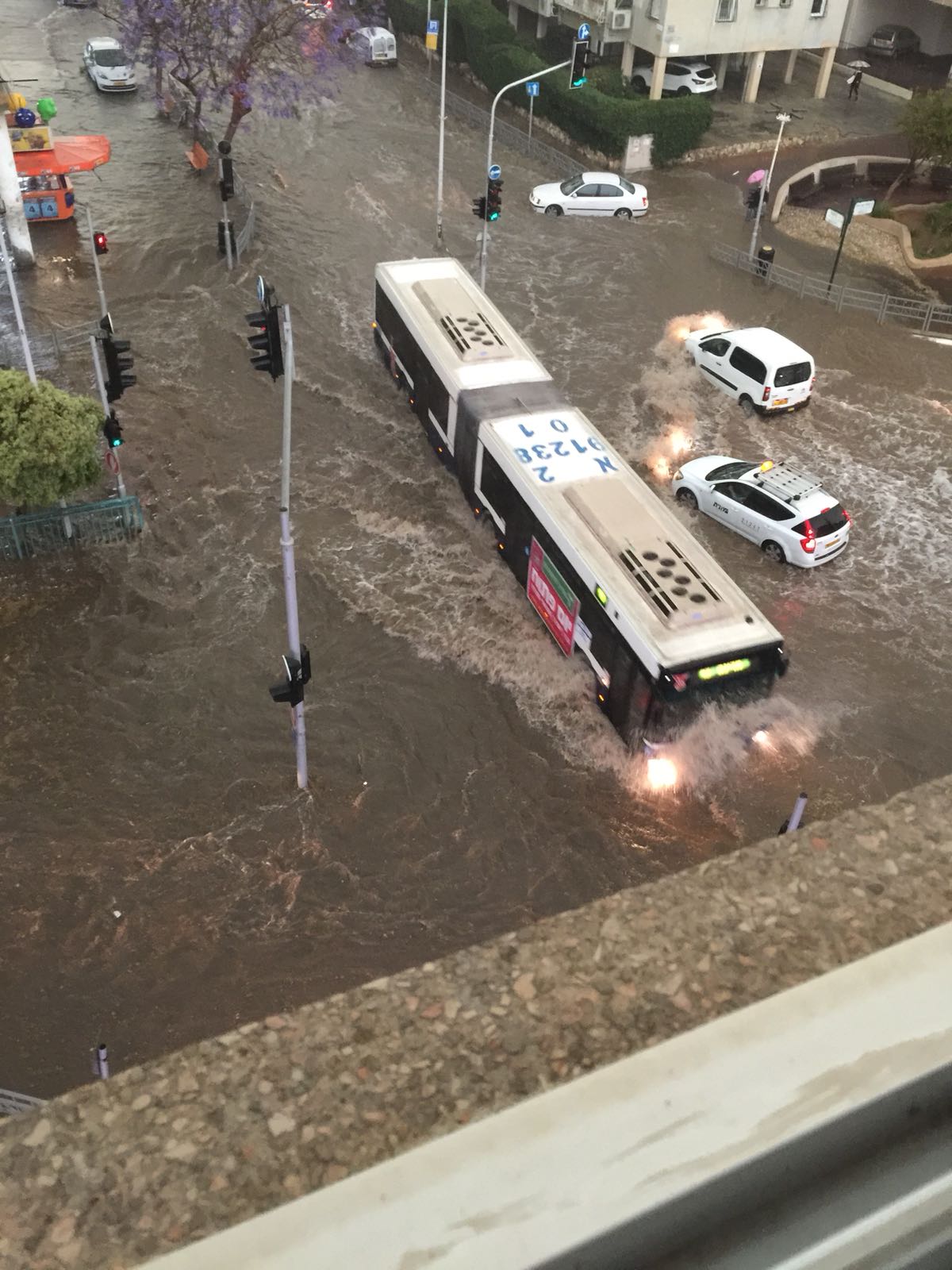